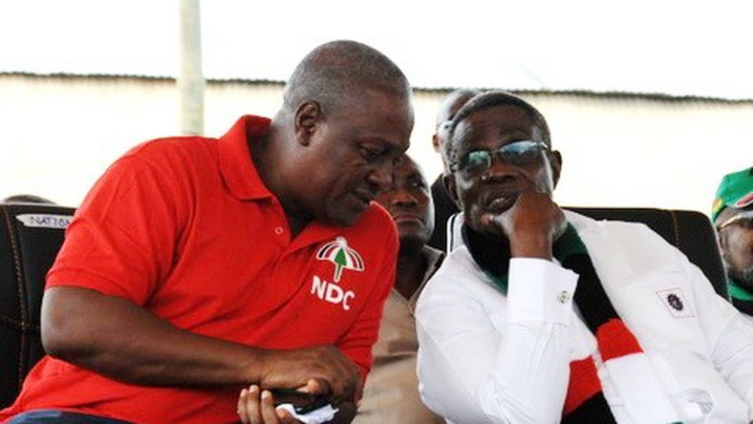 Former President John Dramani Mahama, has for the first time, disclosed where he was and how he received news about the death of his boss, the late Professor John Evans Fiifi Atta-Mills.

He was speaking at the launch of the Atta-Mills Memorial Heritage on Tuesday. The event, which was held at the Cedi Center, University of Ghana, Legon, brought together scores of party supporters and other dignitaries.

According to him, on the day Professor Mills died, he was informed by Sir James Beebako-Mensah, (Professor Mills’ secretary) that, he, John Mahama, would be acting as the President of Ghana on that faithful day, July 24.

This was because, the President was likely to travel to Nigeria. Based on the scheduled travel, Professor Mills made a specific request for Mahama to stand in for him at the official launch of the ‘Brand Ghana Project’ at the Accra International Conference Center.

John Mahama said he attended the function in the company of the Chief of Staff, Mr. John Henry Martey Newman. He revealed that upon their return to the castle at Osu, he made a request to the Chief of Staff, to have audience with the late President on some pertinent issues, after he had concluded another meeting in his office.

It was at this point that the Chief of Staff, Mr. Newman called Mr. Mahama to inform him that, the President had been rushed to the 37 military hospital, due to an emergency.

“I wrapped up a meeting and prepared my stuff to rush to the hospital. It was then that Sir. James Beebako-Mensah entered my office and delivered the devastating news. ‘Prof dead. How? How can Prof die?’ were the questions I asked”, John Mahama recalled.

The NDC’s 2020 flagbearer said the news of Professor Mills’ death, ruffled him in the moment.

“The world came to a stand still. Nothing in my political life and experience had prepared me for a moment like this. The shelter of working under Prof had been a wonderful experience. His death left me in trepidation of stepping up to the plate. Realising the huge responsibility one was stepping into and that the buck was going to stop with me, and no one else”, John Mahama stated.

Recounting the event, Mr. Mahama added that, “the swearing in ceremony was a blur; and I struggled to complete my acceptance speech, without breaking down in front of a sorrowful nation. When I left the podium, I missed my way back and went and sat back in my vice presidential seat, until the uproar from the MPs reminded me that I had sworn the presidential oath, and should move to the ceremonial presidential seat. The rest is history, to be narrated at another appropriate time”, John Mahama recalled.

According to Mahama, the Atta-Mills Memorial Heritage, is a noble initiative, which is designed to preserve the values and legacies of the late Professor John Evans Atta-Mills.

He therefore called on all persons to emulate the ethics and principles, the late President exuded.