Mahama should blame the IMF for his defeat! - MyJoyOnline.com

Mahama should blame the IMF for his defeat! 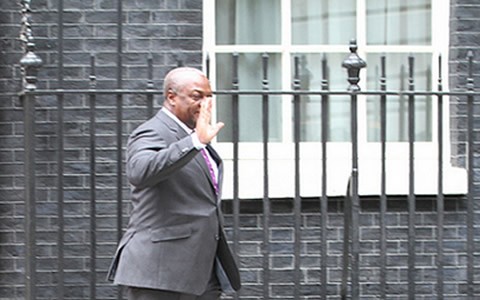 During the US elections, I was once in a public transport going to school with a colleague teacher who I engaged in a conversation about how Donald Trump could penetrate the US democratic structures with his high temperamental persona to become the republican presidential candidate and almost a huge threat to the presidential ambition of a profound diplomat and democrat such as Hillary. But at least we thought at the time that Trump had a dog’s chance in that election and that was how naive we were about how racist the white voter could be, promoting bigotry and chauvinism over decency and modesty.

The taxi driver observing how passionate we were about the US election could not hide his frustration and dissatisfaction when he asked why we could not just mind our own business in Ghana as our election was also just by the Conner. I wasn’t bothered because I knew he had a genuine difficulty in appreciating the influence of US presidency on Africa as a whole and Ghana in particular. I almost asked him whether he had seen the several signboards and projects executed by the USAID and what the Obama budget on Africa was in the last four years of his administration. And I am sure I would have asked him to think about how the infamous “gitmo two” entered Ghana even before it was announced to Ghanaians. But of course there was no time as we had reached our school and had to drop from the vehicle.

It is almost reasonable to say that real elections in Ghana and the rest of the third world countries actually take place in France, UK and US who decide on who lead the Bretton Wood institutions. In fact this has been the status quo for a long time but happily the game is changing and changing so fast a pace, thanks to globalization and the influence of information availability. Leaders of developing countries like Ghana who will fail to generate and pursue definite home grown policies in the interest of their citizens but will keep depending on these Bretton Wood institutions hopefully will be punished and punished dearly via the ballot box as demonstrated in Ghana’s 2016 election. I believe this year’s election was a vote of rejection of the IMF’s direct control of Ghana.

But wait a minute, I feel that JM has not performed too bad to have warranted this miserable defeat by the opposition NPP.  Let people put their political caps and lenses aside and tell me which President in this fourth republic has invested massively in infrastructure like the Mahama government? Especially in the areas of Health, Education, Electricity, and Roads? People talk about jobs, but without infrastructure where are we going to create the jobs from? And where are people going to work? Why does an average young person today aspires to go abroad for greener pastures? What is green about America or the UK? Don’t we relish those magnificent edifices we see in these developed countries? Are we not aware of the rate of growth of Ghana’s population and how imperative it is to invest more in hospitals, schools, markets and roads? How are we going to discontinue the common feature of overcrowding and queuing for the few available facilities we have if we do not construct more? Those who cry out loud and asking whether we are going to eat schools and hospitals are those same people who give birth uncontrollably. I hope the Chinese law of one family one child will be adopted in Ghana some day! No wonder the UK is closing its gate to Africa by going BREXIT and Trump is virtually and extension of same. No- one- is- going- anywhere!

In my opinion, the misery of JM intensified with the policy credibility deal he entered into with the Christine Lagarde IMF in early 2015. I think that was a major shot for the fall of JM: The freeze on recruitment into public sector. Withdrawal of subsidies on utilities after we had gone thermal leading to high utility tariffs. The high transport fares. Suspension of increment on the public sector wages since 2013 and the high taxes, I mean, that was just too much for the average Ghanaian, all in the name of the IMF bailout conditions.

The several allegations of inflated projects, whether perceived or real and the alleged raging sole sourcing of same did not help. I hope Nana Addo government will not give a blind to that for fear of being tagged with political vindictiveness. That is the politician’s smart way of getting away with their booty. At the center of this was the remarkable performance of the Ghanaian media.

SADA, GYEEDA, WAYOME, BUS BRANDING, AMERI POWER DEAL and any other suspected fictitious contract should be thoroughly investigated and monies retrieved in the interest of the helpless ordinary Ghanaian citizen who has registered either a protest vote against JM’s government or a real vote for Nana Addo to be president.

JM and the NDC have learnt their lessons; the electorate is the kingmaker and must be listened to. The dead goat attitude was suicidal; you don’t embrace the IMF and repulse your source of power.