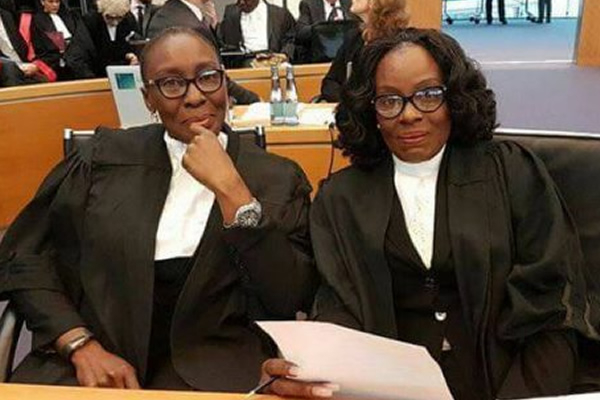 After castigating the then NDC government for failing to bring a diplomatic deal to parliament, the NPP, now in power, has argued the agreement to bring in two former terror suspects didn't need parliamentary approval.

Supreme Court orders after the deal landed on the bench shows, the NPP government has done a u-turn.

It has employed the same argument constructed by the NDC after some private citizens sued the Mahama government for entertaining the former suspects in Ghana.

The NPP, then in opposition, had castigated the NDC government for failing to bring the diplomatic deal to parliament as required by Article 75 of the 1992 constitution.

Photo: Muhammed Al-Dhuby and Muhammed Bin-Atef were held in Guantanamo Bay for over 14 years on suspicion of being part of the September 11 terrorist attack.

Former NPP MP Prof. Mike Ocquaye tore through President Mahama's defence that the decision reached with the US government was "neither a treaty or an agreement for which it should have gone to parliament for approval".

The NPP leading figure rebutted that "the president is woefully wrong. An agreement is an agreement whether verbale, telephonic, sealed or whatever.

"Without an agreement those persons could have been here…there was an offer and there was an acceptance if the Attorney-General advised the president on the contrary he should apologise to Ghanaians and resign." Prof. Ocquaye then argued.

In the heat of the argument, the NDC government was sued at the Supreme Court with a demand that the agreement be declared unconstitutional which it now has.

Before the case could be completed, there was a change in government with a critical NPP opposition now the government in charge. One of the lead critics Prof. Mike Ocquaye has been elected Speaker of Parliament.

At a court hearing, the NPP government continued the line of defence it had previously attacked consistently.

On 24th May 2017, the NPP government filed documents supporting the NDC position that not every agreement requires parliamentary ratification.

The A-G argued joint military exercises between two countries do not come before the government despite an agreement covering the sessions.

The Attorney-General also argued it was "State practice" to conduct some diplomatic deals through "executive agreements" and cited examples in South Africa and the USA.

The Supreme Court described this argument as scanty and questioned "why we should interpret the terms of our Constitution in line with the provisions of another State's constitution."

"….and why we must follow another State's practices, the Defendant failed to give us any cogent reasons or make any compelling showing."

Referring to the diplomatic notes containing the agreement, the Supreme Court touched on aspects of the deal which demonstrated Ghana's responsibilities under the agreement to keep the two terror suspects in the country.

"Ghana binds herself to ‘receive’ and ‘resettle' the said two persons, and assure that, ‘for at least two years, or longer if warranted by circumstances,’ these persons are kept under such conditions (i.e. monitored and surveilled) as would accord with ‘the security assurances in this agreement to be implemented'. "

The Supreme Court said after examining the diplomatic notes, there is "no doubt that arrangement….cannot be made without parliamentary approval".

But law lecturer with the Central University Yaw Oppong does not find the A-G's position strange. He argued, the Attorney-General's office is an institution and not a personal property of a politician.

He applauded the Attorney-General for not allowing whatever partisan view she may hold to influence the work of continuing the state's defence began by former deputy A-G Dominic Ayine.

She was not even in court to push the defence but allowed a Chief State Attorney to continue the work. "… it shows that the A-G is conducting her functions as a professional", Yaw Oppong argued.

He hailed the continuity of the defence as a "success" in deepening constitutionalism.