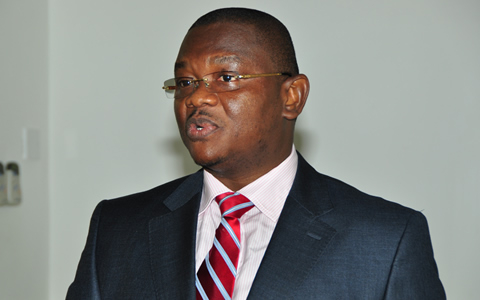 Former Chief Executive of the National Health Insurance Authority and NDC flagbearer hopeful, Sylvester Mensah, has described the Unity Walks being undertaken by the NDC as “intellectually bankrupt and politically divisive.”

According to him, it is premature and would not yield any positive results considering the timing.

The former NHIA boss was speaking on The Hard Truth on Joy News channel on Multi TV with Nana Akosua Konadu Asante-Samuels.

‘’If we are talking about unity, a walk is just a little component of the solution to the broader challenge of internal unity. To put it bluntly, it is just a smokescreen for an individual to position himself for leadership’’, he said.

He named ex-president John Mahama as the beneficiary of this politically divisive plot.

A pro-Mahama and former Kumasi Metropolitan Assembly (KMA) Mayor Kojo Bonsu has been spearheading a unity walk to unite the NDC rank and file ahead of the party’s restructuring.

The ex-president has been a constant speaker on the Unity Walk platforms, which he used to deplore some decisions of the governing New Patriotic Party (NPP).

But some flagbearer hopefuls of the opposition party are not happy with the Unity Walks.

The former NHIA boss’ sentiments have also been expressed by other flagbearer hopefuls including Second Deputy Speaker of Parliament, Alban Bagbin.

Mr. Alban-Bagbin who is also the Member of Parliament (MP) for Nadowli Kaleo Constituency in the Upper West Region also launched a scathing attack against former President John Dramani Mahama for his alleged subtle attempts to announce his intention to lead the National Democratic Congress in the 2020 Elections.