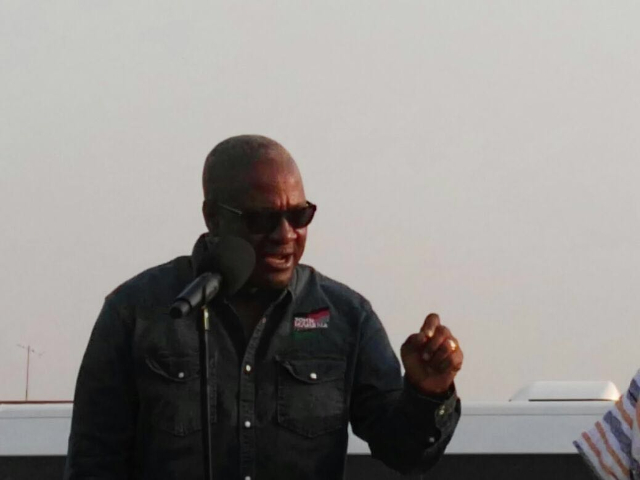 The government has responded to National Democratic Congress’ (NDC) presidential candidate, John Mahama’s claims that it is unfair to sell fertiliser to farmers.

During an interaction with cocoa farmers and the people of Enchi in the Aowin Constituency of the Western North region, Mahama said it is “wickedness to leave the fertiliser in warehouses [to rot] because the farmers cannot and won’t buy them.”

The former president noted that his erstwhile government gave the fertilisers for free.

“When we started giving out free fertilisers, it was because we realised it will help improve yield, and in the 2016/17 crop year, we recorded 950,000 tons…I cannot understand why this government will decide to stop that and sell the fertilisers,” Mahama argued.

But responding to the claims on JoyNews’ PM Express programme on Wednesday, Agric Minister, Owusu Afriyie-Akoto said the ex-president is engaging in “politics of deception.”

According to Dr. Afriyie-Akoto, Mahama’s purported free fertilisers didn’t reach all the farmers. He said even the farmers who benefitted didn’t get the fertiliser in sufficient quantity.

Most of the said free fertiliser, according to him was smuggled out of the country.

The Minister said when the New Patriotic Party (NPP) took office in 2017, they decided to rather subsidise the fertiliser under the Planting for Food and Jobs policy.

This, he said, afforded the fertiliser to reach all farmers and in sufficient quantities; “nothing is free in this world,” he added.

Speaking on the success of their strategy Dr. Afriyie-Akoto said cocoa yield recorded 938,000 tons in 2018, the 2019 figure he said has reduced due to natural commodity cycle.