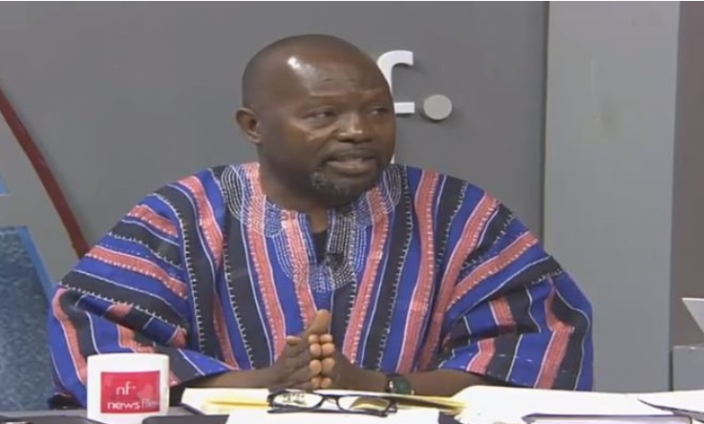 The Minority in Parliament has chastised their colleagues on the other side of the aisle for staging a walkout during the censure vote against Finance Minister, Ken Ofori-Atta.

According to the NDC group, the action does no good to the growth of the country’s democracy.

The caucus also sees the action as a setback to consensus building in the house.

A co-chair of the ad-hoc committee that probed the motion, Dr Dominic Ayine has said.

The Bolgatanga East legislator said even though his colleagues have called for the sacking of the beleaguered minister, they did not want to support the action by his side.

The former Deputy Attorney General thus described their move as troubling and inimical to the democratic credentials of the country.

“They themselves have told Ghanaians they disapprove of the performance of the Finance Minister.

“It’s just that for a deeply partisan reason, they do not want to support the formal process that we have initiated in Parliament. I think that is a setback, as far as our democratic development is concerned.

“They should be able to take a principled stand and say that they are standing with the Minority for his removal.

But here is that case, though they are calling for his removal, they are refusing to partake in the formal constitutional process for his removal and I find that deeply troubling,” he said in a media interview on Thursday.

Meanwhile, the Majority caucus has justified its decision to boycott the censure vote.

In their estimation, the motion lacked merit as the allegations against the minister were not substantiated.

The Deputy Majority Leader, Alexander Afenyo-Markin made this known.

According to him, his colleagues on the other side side of the aisle failed to do due diligence in wanting to censure the embattled minister.

“The 44-page report by the ad-hoc committee has no findings or recommendations. So on what findings are we going to prosecute the Minister? What are we doing? It’s much ado about nothing.

It is political showmanship.  Why attack someone’s reputation before gathering evidence? You have no proof, and you say we should take a vote on the person?” Afenyo-Markin also said in an interview on Thursday.

The Effutu MP added that the Minority conceded they did not have needed evidence to censure the minister.

“So the Minority was actually arguing on cross-purpose and say we should take the Minister to the firing squad. So we the Majority will not be part. The Minority has [already] conceded that they do not have what it takes to do what they are doing”, Afenyo-Markin stressed.

Members of the Majority caucus staged a walkout moments before votes were to be taken on the fate of the Finance Minister, Ken Ofori-Atta.

The walkout was after the debate on the report of the censure motion.

During the debate, K.T. Hammond, a co-chair of the committee that probed the allegations against the Minister, said they did not find a single piece of evidence to warrant the claims made against Mr Ofori-Atta.

But this was contested by the co-chair of the ad-hoc committee Dr Dominic Ayine.

He insisted that they had “unassailable evidence” but were compelled to build consensus on the motion.

However, Majority Leader, Osei Kyei-Mensah-Bonsu, in leading his side to stage the walkout said they cannot be part of a process that was baseless and politically motivated.

“You [the Minority] want us to follow you on this misadventure. Mr Speaker, like Pontius Pilate, did, we will wash our hands of this”, he said.

Following the walkout, the motion was lost as it failed to garner the required number of votes to succeed.

Meanwhile, all 136 Minority MPs took part in the secret vote to pass the censure motion.