Make Accra Work: We have a President who allows you to work independently – Henry Quartey 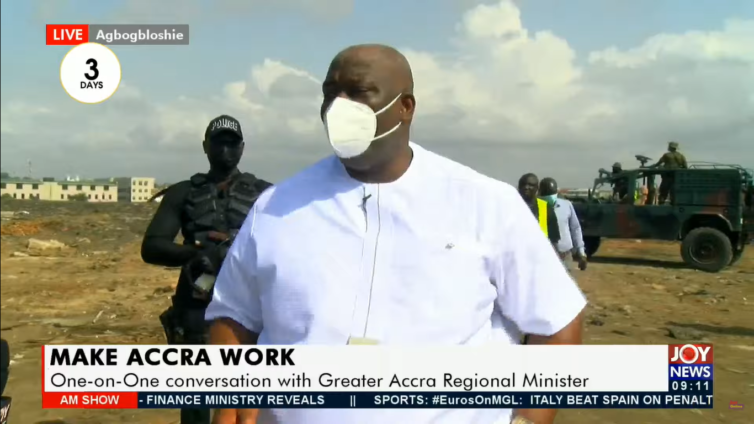 The Greater Accra Regional Minister, Henry Quartey has stated that the President allows him to work without any interference.

He made this statement in an interview with Kojo Yankson on Joy News AM Show, Thursday.

“Of course you also have to be mindful of the fact that there is a government policy, so in doing so you try not to move away from the government policy. We have a President who does not interfere in the work of Ministers,” Mr Quartey said.

The interview focused on the “Let’s make Accra Work” initiative. According to the Minister, the exercise will ensure free flow of vehicular traffic and keep the city clean.

The non-partisan campaign which was launched earlier this year, seeks to resuscitate the socio-economic development of the region.

Sanitation issues, congestion and insecurity over the years have been of major concern to residents in the capital.

This is part of several interventions to ensure the attainment of the objective of the Akufo-Addo-led government to make Accra the cleanest city in West Africa.

Mr Henry Quartey has maintained that although he is aware that measures being taken by his outfit to decongest the city will be greeted with lots of criticism and backlash, he remains committed to the cause.