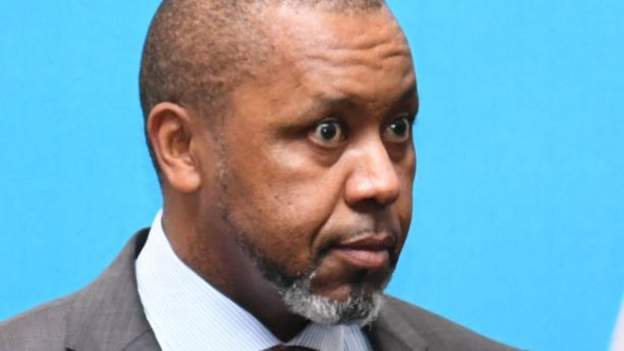 He accused the Anti-Corruption Bureau (ACB), which published the report earlier this week, of failing to get his side of the story.

He was named among 53 current and former officials who had received money from or helped British-Malawian businessman Zuneth Sattar between 2017 and 2021. Mr Satter denies any wrongdoing.

Following the report, President Lazarus Chakwera stripped Mr Chilima of his powers – though he cannot sack his deputy.

But he has fired the country’s police chief George Kainja and his own chief of staff Prince Kapondamgaga, who were also named in the report. Mr Kainja denies the allegations while Mr Kapondamgaga has not yet commented.

“For the record, the state vice-president vehemently denies the allegations that have been levelled against him, and will welcome the opportunity, at an appropriate time, of challenging the said allegations,” a statement from Mr Chilima’s director of communication said.