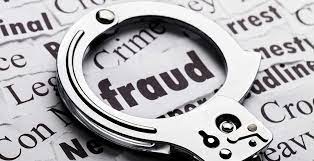 A 52-year-old man has been arrested for attempting to defraud companies at the Silver Star Tower at the Airport City to the tune of GH¢17,000,000.

The suspect, Dominic Richard Sam, who posed as a businessman was arrested by security officials at the Silver Star Tower after the companies including Silver Star Auto Ltd., Silver Star Tower Ltd. and Dwellys International Ltd. reported that cheques issued to them by the suspect for the purchase of properties and cars were fake.

He was later handed over to the Airport Police Station for further investigation.

Briefing the media on the incident, the Chief Security Officer at Silver Star Tower, W.O. Francis Dadzie said the suspect, Dominic Richard Sam was reported to have contacted Dwellys International on July 7, 2021, around 4:00 pm to assist him to purchase two properties in Takoradi and another one in Dansoman for which he issued a cheque of GH¢8,000,000.

“The next day he called to request for another property in Cantonments that cost Gh¢4,000,000. He then issued a cheque which had been over signed in excess of Gh¢9,000 and pleaded with them to give him back the Gh¢9,000 cash since he had no cash on him. He was then told to wait for his cheque to clear. Meanwhile, he had already succeeded in taking Gh¢100 from the company to pay his Uber fare. Sensing fraud, Dwellys contacted the bank where the first cheque was deposited and was informed it had bounced since the said account was inactive.

Later, we got the information, the suspect, Dominic Richard Sam had earlier issued another cheque of Gh¢7,000,000 to Silver Star Auto Ltd. to purchase two Mercedes-Benz vehicles and asked the company to issue 10,000 Euros cash back to him for over signing the cheque for the total value of the vehicles. Silver Star Auto refused to refund the 10,000 Euros pending the clearance of the cheque which the company later got the information had already bounced.

Silver Star Tower Ltd. also came forth with the third complaint that they have also received a cheque of Gh¢3,000,000 from the suspect to purchase a Star Home property at Star Properties located at Lakeside Estates but the company refused to present the cheque at the bank on suspicion of fraud.

So on Friday, we handed the suspect, Dominic Richards Sam to the Airport Police station as required by the law but aside that the three companies have reported the suspect to the Money Laundering and Terrorist Financing Unit”.

DSP Alex Kwasi Kwarteng, Crime Officer at the Airport Police Station confirmed that the suspect, Dominic Richards, was in the Police custody assisting with further investigations.

He said a lot of information with regard to the activities of the suspect had been received since the arrest and the Police administration is gathering all the information for proper prosecution.

DISCLAIMER: The Views, Comments, Opinions, Contributions and Statements made by Readers and Contributors on this platform do not necessarily represent the views or policy of Multimedia Group Limited.
Tags:
Airport Police Station
Dwellys International Ltd.
Silver Star Auto Ltd