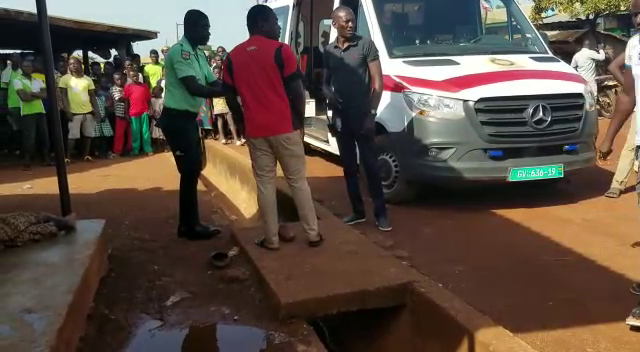 A traveller, believed to be in his 50s, who left Ho in the Volta Region to Kara in Togo to seek treatment, has died at a bus terminal.

The sad incident occurred at Tatale in the Northern Region Tuesday morning when the deceased was in the station waiting for a vehicle to continue his journey.

According to an eyewitness, they noticed the man was feeling discomfort and when they asked him he everything was okay with him, told them he was ill.

He explained to them that he was travelling to a treatment centre but only stopped at Tatale to pass the night.

A security officer also told Adom News the deceased complained of stomach ache and asked for a toilet facility.

The officer directed him to one, but along the way, he stopped to sit while complaining of severe dizziness.

The man on duty, who could not sit by him, returned to his post only to be called minutes later that his guest had slumped and was unresponsive.

A quick call was made to the ambulance service who confirmed him dead and transported him to the hospital.

The body has been deposited at the Tatale Hospital morgue awaiting autopsy and identification.

DISCLAIMER: The Views, Comments, Opinions, Contributions and Statements made by Readers and Contributors on this platform do not necessarily represent the views or policy of Multimedia Group Limited.
Tags:
Tatale
Trotro