Mandatory vaccination in Germany may be only way out - ICU doctor - MyJoyOnline.com

Mandatory vaccination in Germany may be only way out – ICU doctor 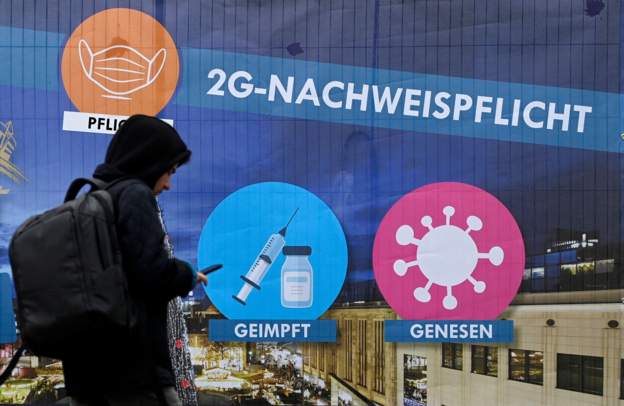 Mandatory vaccinations may be needed to combat the spread of Covid cases in Germany, an ICU doctor tells the BBC.

Chancellor Angela Merkel says a vaccine mandate could be imposed from February next year, if approved by parliament.

Dr Hans Bodeker, a hospital consultant in Dresden, Saxony – which has the highest infection rate in the country – says a rise in hospitalisations is being driven by unvaccinated people. The surge has made him change his mind about forced vaccinations.

“If you had asked me a few weeks ago, I would have said no I don’t want that. [But] at the moment I think it’s the only way to get out of the situation is vaccinating, vaccinating, and probably it needs to be mandatory to heighten rates,” he tells the BBC World Service’s OS programme.

Bodeker says scepticism about the government and mainstream media is making young people unsure about getting jabbed.

“People are living in their social media bubble – and they think the danger is coming not from the virus but from the vaccination. It’s horrible.”