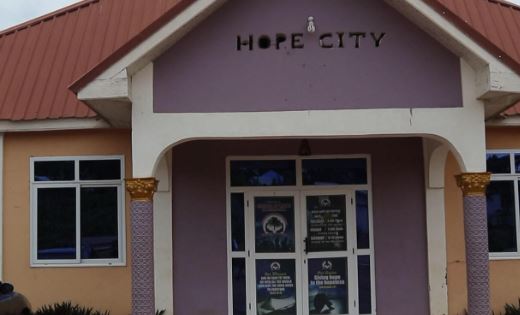 Some pastors in the Oti region say Covid-19 restrictions have greatly affected church service and church finances. Despite easing of restriction on religious congregation most churches remained closed.

Apart from the Assemblies of God and the Roman Catholic churches which had brief services, the rest of the Christian denominations were seen under lock and key until further notice. Some worshipers in the Oti region say the one-hour service duration is not enough.

There were scenes of empty and locked places of worship Sunday morning June 7 when JoyNews visited churches after two months of inactivity.

At the chapel of Hope International, the head pastor Winner Kporvi and one of his assistants who were available said it has been a difficult two months without fellowship.

He explained that meeting on the first Sunday after the restrictions would affect them.

“We think if we should meet today it will affect us. We are putting some structures in place so we can meet next week, get some hand sanitizers and veronica buckets. We are also more than the allowed numbers that should be meeting for church service. We do not know who to allow to come in first for church service,” Pastor Kporvi told JoyNews.

The restrictions over the past two months he says affected the finances of the church seeing his institution is not into any commercial activity.

“It has not been easy because we belong to a number of susu groups that we contribute to every Sunday. We have people we take care of but God has been faithful.”

He believes tithe and offerings have gone down since only 10% of his members try to pay their tithes through mobile money platforms.

“It has affected my members in the sense that, no offertory, no tithes, for the past two months, as a pastor, I don’t receive salary how can I pay my workers?” he lamented.

At the Holy Ghost Assemblies of God church, only 79 members came to church. Those who interacted with Joynews say church was boring without the usual routine activities. Seating arrangements have been spaced out with veronica buckets and soap provided for handwashing.

Some other Christians say the one-hour service time is not enough, adding the government must consider revising the duration for church services. This position the pastors agree with. Rev Dr Stephen Kwame Afreh believes two and half hours should be ok for the church.

DISCLAIMER: The Views, Comments, Opinions, Contributions and Statements made by Readers and Contributors on this platform do not necessarily represent the views or policy of Multimedia Group Limited.
Tags:
Churches
Coronavirus
Oti Region