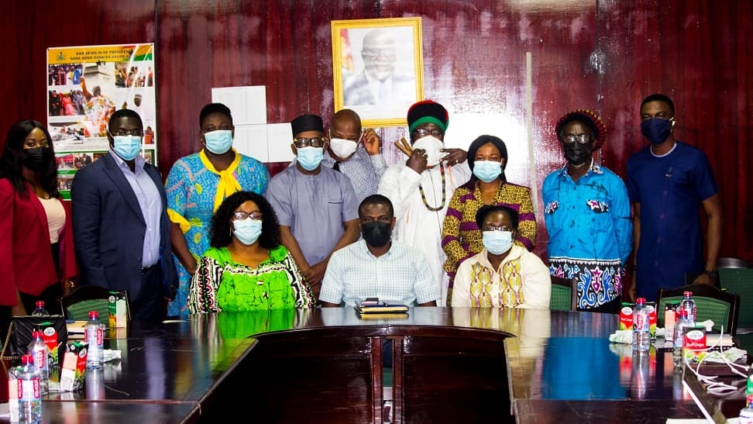 Deputy Minister-designate for Tourism, Arts and Culture, Mark Okraku-Mantey joined a team of arbitrators last week to bring an end to the Musicians Union of Ghana (MUSIGA) impasse.

Since 2019, the union has not been able to hold elections to select new leaders after the tenure of Bice Osei Kufour popularly known as Obour expired.

MUSIGA was dragged to court by one of its presidential aspirants, Ras Caleb Appiah-Levi, alleging irregularities regarding the election process.

The plaintiff had served as Accra Regional Chairman of MUSIGA during Obour’s administration.

An Accra High Court in 2019 placed an interim injunction on the national elections by the Musicians Union of Ghana (MUSIGA).

Though the case was dismissed by the court in March 2021, Ras Caleb Appiah-Levi was willing to go further to halt the intended elections.

The agitations within the Union led President Akufo-Addo, in 2020, to task Mark Okraku-Mantey, who was then President of the Creative Arts Council, to ensure that the long-standing internal Musicians Union of Ghana (MUSIGA) legal tussle gets resolved.

After a number of meetings Mark Okraku-Mantey held with interested parties together with arbitrators, and with the help of Tourisim, Arts and Culture Minister, Dr Awal Mohammed, a consensus was reached.

Last week, feuding members agreed to put aside their differences and tabled modalities ahead of the election.

The leadership of MUSIGA is expected to announce the date for their election soon.