Mason battling for life after electrocution 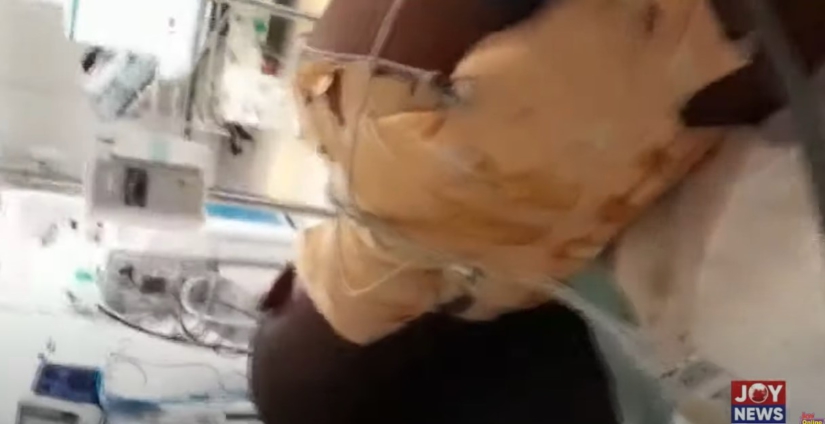 A mason only known by the name Kojo is battling for his life after he was electrocuted by power lines close to a building he was working on.

The two-storey building is located at Berekuso in the Eastern Region and situated close to a high-tension power line.

Kojo was said to have completed his plastering work and was about to descend from the platform he mounted for the job when the metallic shovel he was working with mistakenly touched the live cables.

The middle-aged man is in critical condition and is receiving treatment at the Greater Accra Regional Hospital.

According to a relative, the owner of the structure, named ‘Nana One’ refused to take full responsibility for the accident until the intervention of the Ghana Police Service.

“He was plastering the rooftop of the building right close to the high-tension cable. The task he was given was a risky one. There is no interval between the cable which resulted in the shovel touching the cable and catching fire…Nana One did not want to own up until the Police,” the relative said.

Meanwhile, the Akuapem South Municipal Assembly has issued a two-week ultimatum to the owner of the house plus five other house owners to vacate the premises.

According to the Assembly, the buildings were put up without a permit.

Speaking to JoyNews on Monday, the engineer at the Assembly, Frank Ntiamoah said his outfit has called for the demolition of the building.

“In fact, we had a call from the community that someone is building under high tension about two years ago. We went to stop the man from building since he did not have a permit in the first place. Not knowing he has continued the work after we went away. We have therefore written a letter to him to demolish the structure within two weeks and we will take action if he failed to do so.”

However, the family of the victim has not yet lodged a formal complaint against the owner of the house to the Police and is considering doing so.

DISCLAIMER: The Views, Comments, Opinions, Contributions and Statements made by Readers and Contributors on this platform do not necessarily represent the views or policy of Multimedia Group Limited.
Tags:
Electrocution
mason