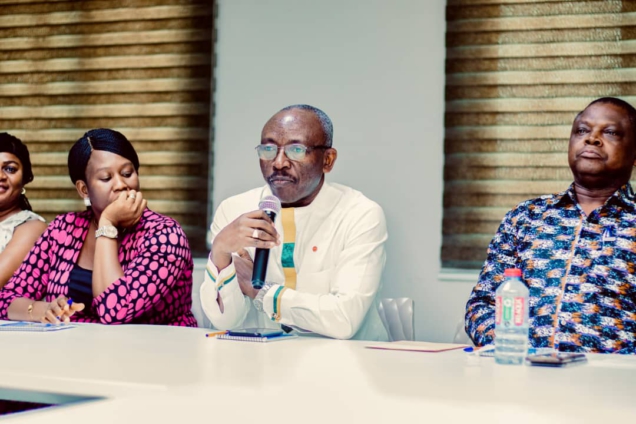 The Mennonite Economic Development Associates (MEDA) which is implementing the Farmers’ Economic Advancement through Seedlings (FEATS) Project has developed a Code of Practice for Cashew Planting Material Production in collaboration with Ghana Standards Authority (GSA).

The Code of Practice (CoP) and its pictorial version was officially shared with key stakeholders from Ghana’s cashew industry on Wednesday, at the Ghana Standards Authority Head Office in Accra.

Among stakeholders present at the sensitization program on the CoP were representatives from the ministries, departments and agencies of the Ghanaian Government as well as non-governmental organizations.

MEDA Ghana Country Director Robert Austin, in a statement at the sensitisation program said “MEDA is delighted that through funding from Global Affairs of Canada, we are making lasting contribution to support Ghana’s cashew industry. We note with satisfaction that even before the Code is available to the public, 23 small cashew nurseries in Ghana who have worked with the MEDA-FEATS project over the last four years are already employing the recommended practices as outlined in the Code of Practice”.

He explained that the FEATS project’s support for small cashew nurseries to produce quality seedlings was aligned to Ghana’s 10-year Cashew Development Plan.

According to Mr Austin, FEATS has supported small cashew nurseries to produce and distribute about five million seedlings to farmers.

Thus, the FEATS Project’s objective of supporting the production of about five million quality seedlings is therefore very much in line with the 10-year Cashew Development Plan.

The Director of the Standards Directorate of the GSA Joyce Okoree, in a speech read on behalf of Prof. Alex Dodoo, the Director General of the Ghana Standards Authority lauded MEDA for the continuous support for Ghana’s cashew industry. She observed that the timeliness of the Code of Practice could not be overemphasized.

In turn, the Chairman of GSA’s Technical Committee on the development of the Code Bernard Boateng, indicated that the current Code of Practice deals specifically with cashew planting materials in Ghana.

He was optimistic that the Code would help to organize the cashew sector in Ghana and lead to safe and profitable cashew farming.