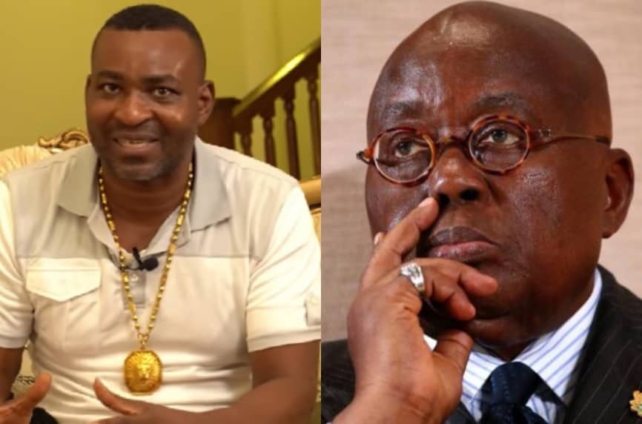 The Media Coalition Against Galamsey has called for the immediate arrest of the Ashanti Regional Chairman of the New Patriotic Party (NPP), for his alleged involvement in illegal mining activities in the country.

In a statement issued on October 13, the Coalition said Bernard Antwi-Boasiako, popularly known as ‘Chairman Wontumi’, is complicit in flouting mining laws especially in the Tano Nimiri Forest Reserve.

Chairman Wontumi has repeatedly denied any involvement in illegal mining.

“Arrest, investigate and prosecute everyone involved in the illegality including the Akonta Mining Ltd and its Directors, Bernard Boasiako and Kwame Antwi, for illegally mining in the Tano Nimiri Forest Reserve as well as breaching (Section 99(6) of the Minerals and Mining Act, 2006 (Act 703), as amended by mining very close along the banks of Tano River”, portions of the statement read.

In a raft of recommendations, the Coalition also asked government to sack “any MCE/DCE in whose areas of jurisdiction illegal mining has taken place and still continues based on evidence on the ground”.

According to the Coalition, government has not shown the needed commitment to fight galamsey, despite its devastating effects.

“It is apparent that Government and other relevant stakeholders have not demonstrated enough commitment and leadership towards the fight against illegal mining activities and we are currently in a worse situation than when we started.

It added, “In view of this, the Media Coalition Against Galamsey believes that urgent and radical measures need to be adopted by Government that will result in positive change of the state of our water bodies and preservation of our environment for our survival and that of the future generation”.

While urging government to intensify the fight against the menace, the Coalition also called on the general public to rally behind the fight to ensure a successful tackling of the menace.

“The Media Coalition Against Galamsey is therefore calling on well-meaning Ghanaians, Civil Society Organizations to join hands with the media to help mount continued pressure on our leaders, both political and traditional to help save Ghana’s water bodies and preserve our environment for future
generations.

Losing this war is not an option. Irresponsible and unsustainable mining is an existential threat and should not be countenanced”, the statement concluded.

Meanwhile, the Special Prosecutor, Kissi Agyebeng, says his office has started investigating some public officials over their alleged involvement in illegal mining.

In the case of the Committee, it will consider the issues regarding the seizure and management of excavators, machinery, road vehicles and gold nuggets.

In a press release issued on Monday, October 10, the Office of the Special Prosecutor said there is an ongoing enquiry into allegations of use of public office for profit against Charles Bissue during his tenure as secretary to the IMCIM.