Medikal and I have moved on; respect that - Sister Derby - MyJoyOnline.com

Medikal and I have moved on; respect that – Sister Derby 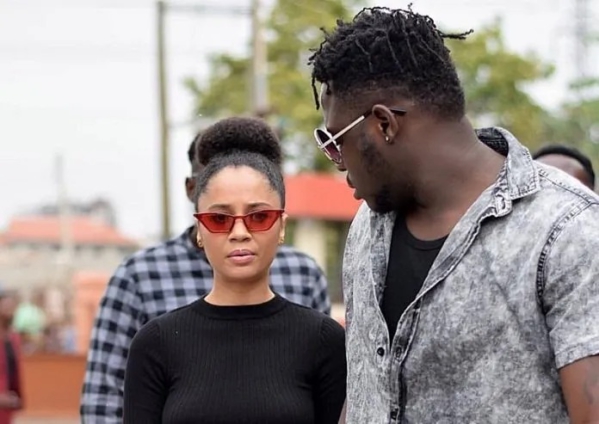 Musician, Deborah Owusu-Bonsu, popularly known as Sister Derby, has urged fans and followers to respect how things have turned out between her and her colleague, Medikal.

According to her, their relationship should no longer be the topic since their dating years ended a long time ago.

All and sundry, the socialite said must endeavour to respect the rapper who she affectionately calls ‘Sweet ex’.

Sister Derby’s call comes a few days after a video of her and her new boyfriend sparked controversy on social media.

But, speaking in an interview, she reiterated the fact that she and Medikal had moved on, hence people should respect the latter’s marriage.

“I know Medikal doesn’t like that and I don’t like it either. We have all moved on and I will ask Ghanaians to respect that. I am happy to have David in my life and I don’t want my new boyfriend to feel uncomfortable.

“People may think they look alike because of their broad shoulders and height but when you see him [David] in person, you will know they are not the same,” she said in an interview.

Medikal has also pleaded with the bloggers and entertainment players to allow his name to rest.