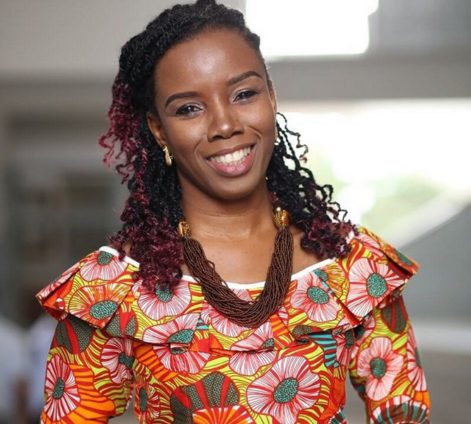 This comes a few days after the curtain was drawn on the 2021 edition of the annual prestigious contest.

The photos, which have warmed hearts on social media, spotted a handsome young man and two beautiful daughters.

One of the photos, which captured a striking resemblance between mother and children, saw them spotting Christmas hats.

They beamed with smiles as they wrapped their arms around each other’s shoulders.

Prof Kaufmann was recently named as one of ‘The many faces of physics’ by IOP Publishing. This society-owned scientific publisher provides impact, recognition and value for the scientific community.

Mostly known for her role as the principal quiz mistress for the NSMQ, Dr Kaufmann is also an Associate Professor of Biomedical Engineering at the University of Ghana; and a Visiting Scholar at the Orthotics and Prosthetics Department of the University of Health and Allied Sciences.

Dr Kaufmann had her secondary education at the Aburi Girls Senior High School.

She obtained her International Baccalaureate Diploma from United World College of the Atlantic in Wales in 1988.