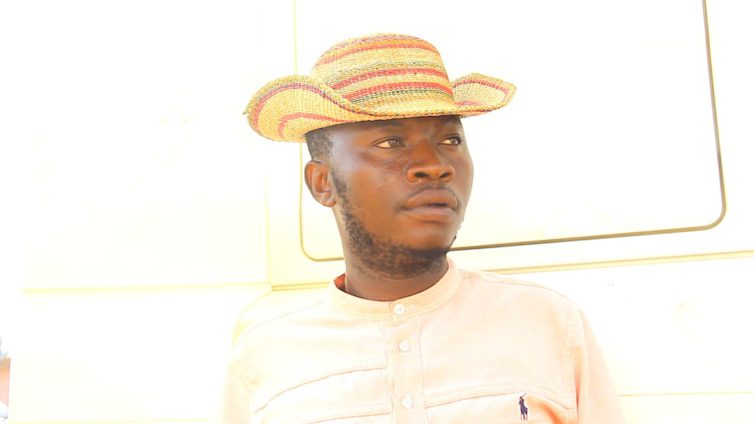 Trained as a tanker driver, Michael Ayambila has turned to TikTok using anecdotes to educate and entertain people.

Nicknamed Frafra DJ, 13.5K followers across the world listen to his cautionary, inspirational, philosophical, reminiscent, and humorous anecdotes that bring out the best in them.

Though not professionally trained, Ayambila is committed to serving his community on the “airwaves”.

If you turn on the radio, they say, love is 90 percent of the music. But for Ayambila’s “radio”, anecdotes resonate with his listener.

“I lived with my uncle who taught me how to drive. My brother who was a tanker driver came for me and that was how I got into this job,” Ayambila said.

What makes Ayambila special and different on TikTok are his diverse anecdotes. As others attempt to compete, he charts his own path.

He uses short stories to create a world of diversity in experience and perspective.

Anecdotes represent change in experience and inspire compassion. It is an art form that everyone shares, even without knowing.

Ayambila is 33, but intelligent. He left Junior High school early in life.

For 13 years, Frafra DJ has gained the knowledge and skills needed for Tanker drivers and for 5 years, he is driving one of the tankers.

This same tanker is where Ayambila uses anecdotes to entertain people.

“I had plans to become a DJ. But when I became a driver, I lost a bit interest because I am now focused.

I have heard names of some DJs but I haven’t heard a Frafra DJ. So as a Frafra, I decided to brand myself as Frafra DJ.”

Among others, he uses his phone to stream live on TikTok.

Frafra DJ says he understands different languages and it is a plus to him.

“I learnt Chinese when we were transporting fuel to Bui dam. I had Chinese friends there.”

“They say I should continue and it motivated me to do more.”

“I’m pleading with him to work hard because it is not every day that we meet because we sometimes  travel to different places.

So he should do it well and better. He should not be discouraged by what people would say.”

Frafra DJ says working for a radio station is his dream, but under one condition.

“Many radio and TV stations want me to work with them. If I get paid more by one of them, I will join them. This may also be a part-time on Saturday or Sunday.”

One thing drives Frafra DJ – passion; and until that dies, he would continue to entertain and educate people through his various anecdotes.