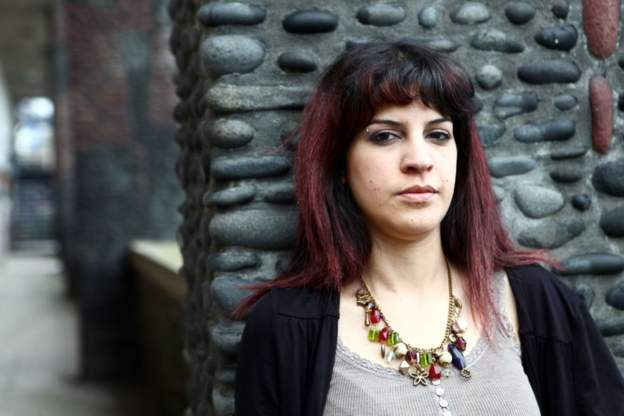 Prominent Tunisian blogger and civil rights activist Lina Ben Mhenni has died at the age of 36 following a long battle with the auto-immune disease, lupus.

She rose to prominence in the early days of the 2011 revolution that toppled long-time autocratic ruler Zine al-Abidine Ben Ali.

On the fringes of the Habib Bourgheiba Avenue in the capital, Tunis, I met her in January 2016 to talk about how Tunisia was fairing five years on.

She was accompanied by a close protection police officer who had been shadowing her for almost two years, after the interior ministry found her name on a hit-list of a “terrorist cell”.

She was not happy with the way the popular uprising had unfolded.

“We allowed reactionary forces to confiscate our revolution. I don’t have confidence in our politicians any more. We’ve been talking about a youth revolution, but the youth were excluded,” she said.

She praised the youth, saying: “ Well I’m happy about the resistance of some young people who, despite all the problems that we are facing, are still fighting for the fulfilment of the objectives of the revolution.”

On Sunday, she posted her last entry on her blog, lamenting the “short memory” that people had about Tunisia’s political elites.

“We forget about their absurdity, corruption, repression, and even violence,” she wrote.

A commentator on her blog page paid tribute to her by writing: “Rest in peace in the mission of a life fully filled to restore fairness, justice and freedom.”

Social media has been awash with tributes:

Political activist Lina Ben Mhenni just passed away at the age of 36.
She was one of the very few to openly speak out against Ben Ali’s tyrannical regime using her real name. Her own father was a political prisoner and got tortured under Bourguiba’s regime @SarraZzZz pic.twitter.com/h0o7MPu4tb

Prominent Tunisian blogger and activist Lina Ben Mhenni died on Monday after a long illness. Ben Mhenni was among the first Tunisian activists to cover the outbreak of the Tunisian revolution in 2010 and continued her work until her death at 36: https://t.co/eoXwxJmWRp pic.twitter.com/39abWOvIGZ