Members of Parliament refuse to approve ex-gratia package for Executive 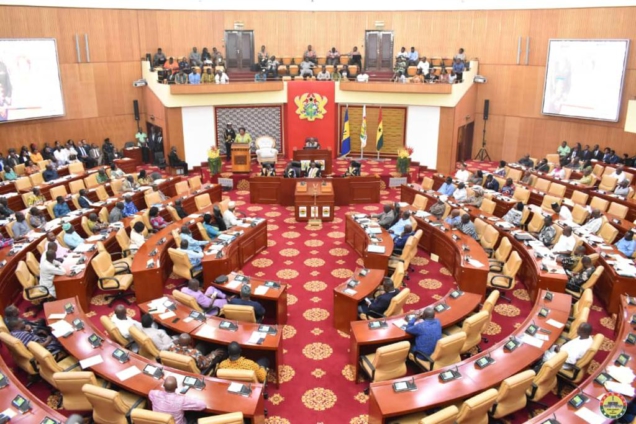 Parliament has pulled breaks on approval of the ex-gratia package for members of the Executive arm of the government.

The action is to draw the President’s attention to increase the package of Members of Parliament (MPs) as contained in the Prof. Yaa Ntiamoah Baidu Committee report.

The President is expected to approve the ex-gratia of MPs and the other article 71 officeholders while parliament approves that of the Executive.

The MPs, at a closed-door meeting in Parliament House on Monday night to approve that of the Executives, expressed disappointment in their take-home back pay as well as their end of service benefit.

According to them, the package did not meet the minimum threshold of 600 thousand Ghana cedis that was paid to the ordinary MPs in the 6th parliament.

Joy News’ source at the meeting said: “the committee’s recommendations put MPs at the bottom of the ladder below the executive below the judiciary and that is not fair.”

The MPs are therefore demanding that the President issues a paper varying the emolument of MPs before they will approve that of the executives.

The committee’s report recommends that the MPs take home an end of service of four months of their salaries every year than they served in the legislature.

The MPs therefore want the House to take a second look at the portions before Parliament dissolves Wednesday.

Meanwhile, President Akufo-Addo will be in Parliament later today to deliver the final state of the nation address of his first term at 10 am.

DISCLAIMER: The Views, Comments, Opinions, Contributions and Statements made by Readers and Contributors on this platform do not necessarily represent the views or policy of Multimedia Group Limited.
Tags:
End of service benefit
Ex-Gratia
Members of Parliament
Parliament of Ghana