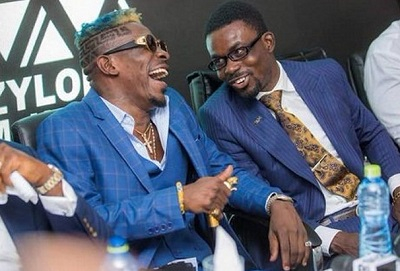 Dancehall artiste, Shatta Wale, has called on customers of embattled Menzgold to be patient and wait on CEO Nana Appiah Mensah to pay them every penny he owes.

Speaking on Showbiz A-Z on Joy FM on Saturday, he said, “Nana Appiah is ready to come and pay every customer, whether they like it or not. I am assuring every Menzgold customer.”

According to Shatta Wale, Nana Appiah Mensah popularly known as NAM1 is not a scammer as he has been purported to be and Ghanaians will know the truth soon.

The artiste extended his condolences to families who have lost their loved ones as a result of all the frustrations the Menzgold brouhaha has caused.

“I have heard with some people because of this money problem are dead. My condolences to their family but what I want to tell them is that Nana Appiah is coming back to sort everybody out,” he stated.

Read more: Story of Jane who took ¢24k loan to invest in Menzgold

Shatta Wale said, even though his contract has ended with Zylofon Music, a record label owned by Nana Appiah Mensah, he is still with them because he believes in the agenda the embattled CEO has for the entertainment industry.

“He was that kind of man we needed in the industry to save most of us and I was trying my best to get more artiste on Zylofon,” he stated.

The ‘Freedom’ hitmaker added the embattled CEO should be given another chance, “he has an agenda for the country.”

Hundreds of Ghanaians are unable to retrieve their investments in Menzgold, and some have gone to court to seek redress against the embattled CEO of the company who is currently facing a misdemeanour charge in Dubai.

But, the Criminal Investigations Department (CID) of the Ghana Police Service is yet to formally charge and put NAM1 before a court in Ghana.

A lot of Ghanaians have called on government to intervene in dealing with Menzgold’s founder who has failed to pay back monies to his customers.