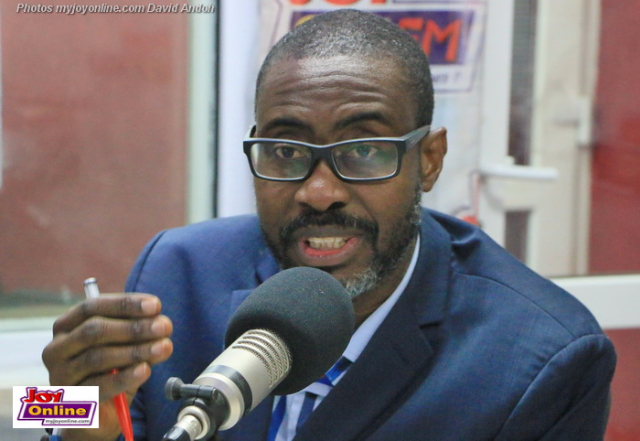 Popular legal practitioner, Ace Anan Ankomah, has dismissed claims that he was involved in the Menzgold and Horizon Royal Diamonds scandal that resulted in the arrest of Nana Appiah Mensah aka NAM1, Chief Executive Officer of Menzgold Ghana Limited.

One Kevin Ekow Baidoo Taylor, in a video posted on social media, alleged that the UAE company, Horizon Royal Diamonds, contacted Ace Ankomah’s law firm to represent them in a case that deals with fraud by two individuals Adewoye Olorunfemi Adetunje, a Nigerian and Charles Opoku Darko, a Ghanaian.

Mr Taylor further alleged that after listening and seeing photos of the culprits from the representatives of the Dubai Company,  Ace Anan Ankomah agreed to press charges and help them retrieve the $50 million paid to the ‘fraudsters.’

According to him, Ace Ankomah contacted former EOCO boss Dr KK Amoah whom he (Taylor) alleged to be the Uncle of Ace, to help in the case at hand.

But Mr Ankomah in a statement debunked the allegations.

According to the statement, Mr Ankomah’s law firm, Bentsi-Enchill, Letsa and Ankomah (BELA), was only engaged by a Dubai-based attorney on behalf of a UAE company.

It said “The work instruction did not mention or relate to either Menzgold or Nana Appiah Mensah. Neither the firm nor I have been involved in any incidents that allegedly happened in Dubai several months after we had been first instructed.”

It indicated that BELA was instructed to continue the process when the Dubai incidents came up for the Accra matter and that of Dubai were separate and unrelated.

“The client did not seek our opinion on the Dubai incidents and we proffered none. Every document or evidence that we received from the client and which was meant for the police we delivered to the investigator at the Commercial Crime Unit of the police, Chief Inspector Wisdom Semanu,” it says.

The statement pointed out “He (EOCO boss) is a colleague lawyer and I know him very well as we have the same hometown. I also consider him an older friend as he considers me his senior at the Bar.”