Message from the Morning Man: Albert and the Bees 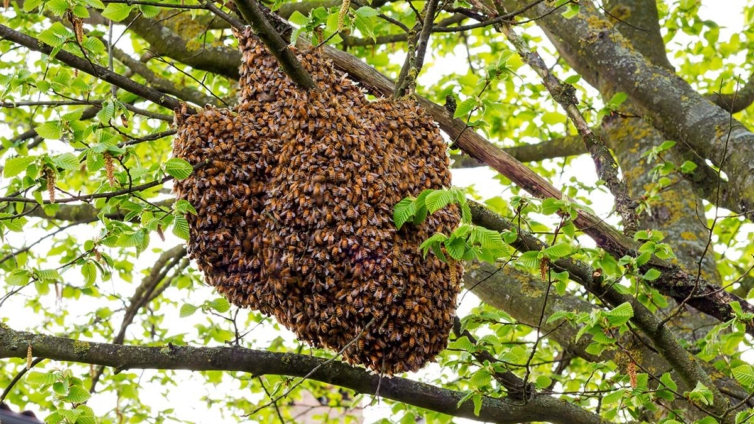 My Goodness, don’t you feel blessed? Just think of the number of people around the world who went to bed last night, and did not wake up this morning.

I’m sure all of us who believe in God, certainly see today as yet another example of His grace, which we don’t deserve – a random act of benevolence which we haven’t earned, but have been granted free of charge. N

ow, I agree with the fact that being alive today is an act of grace, but as to the randomness of it… well, I have a slightly different perspective for your consideration.

What if your survival is not a coincidence? What it wasn’t by a simple act of random benevolence that you lived to see today? What if it wasn’t by luck that, this morning, we are counting you among the living and not the dead? What if it was all very deliberate?

You see, no matter where you are – at home, at work, in the car – wherever you are right now, just take a look around you. You will notice patterns in how God created everything. There is always a balance between all things, and a purpose for all things.

From the tiniest ant to the largest whale, from the smallest atom to the widest ocean, from the most minute molecule to the most magnificent mountain, every plant, animal and organism is playing a role in keeping the world turning perfectly on its axis.

Every fragment of this planet is playing a unique and irreplaceable role in keeping us all alive. Remove just one element, and we all come crashing down.

I talked about this earlier this week, and later discovered it was Albert Einstein who famously said, “If the Bee disappeared off the face of the Earth, Man would only have four years left to live”. Now, if ever there was a man who understood patterns, it was Einstein.

Now, I’ve also been giving some thought to the reason why Einstein is spot on. If bees did not exist to carry pollen from one plant to the other, perhaps about 80% of all plant life would die out. The remaining plants that can reproduce without pollen would be in dangerously short supply as all animals – including man – fight over them until they also run out.

Then the animals would die. Man might be the last to go, but with no plants or animals to keep the ecological cycles of Earth alive, the planet itself would die beneath us, leaving the few human survivors with nothing to survive on. It might take longer than Einstein’s four years, but our death as a race would be inevitable.

All because we lost the Bee.

So, my friend, it starts to become clear that the Intelligent Design with which God made all things is clear and visible in everything.

He didn’t just make us as individual miracles,

He connected all His miracles to each other. In the same way that every single organ, tissue, sinew and vein in our bodies are connected to each other, so that the removal of one affects the function of all others, that is how each and every one of us has been designated a function, without which the very Earth will fall.

I want you to think about this for a minute. You are alive today. It is a miracle, but it’s not random. You have been preserved for a purpose. You remain for a reason. If God has not taken you away yet, it’s because without you, we all die.

That is the thought I would like you to approach this week with. Whoever you are, whatever you do, whether you’re rich or poor, educated or illiterate, employed or unemployed, married, single, divorced, orphan, parent, child, Christian, Muslim, black or white, please know that you are here for a purpose, and the world will not survive unless you fulfill that purpose. That makes you the most important human in the world. Act accordingly.

My name is Kojo Yankson, and God’s plan cannot work without me.