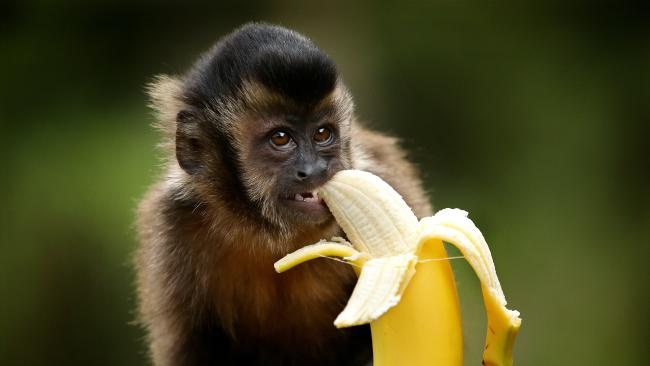 I once read about a rather interesting experiment conducted by behavioural scientists in an American university.

They put ten monkeys in a room and placed a stepladder in the middle. Then they tied a banana to a rope and hung it from the ceiling directly above the stepladder.

One monkey decided to go for the banana. As soon as it started climbing the ladder, freezing cold water was sprayed into the room, drenching the monkeys.

Then one of the monkeys was replaced. The new monkey immediately spotted the banana dangling from the ceiling, so of course, he started to climb the ladder. The other monkeys pounced on him, pulled him down and beat the living daylights out of him.

The new monkey knew nothing about the freezing water, but the other monkeys beat the message into him: YOU DO NOT GO FOR THE BANANA.

The scientists replaced another monkey, and the same thing happened. No water. They simply beat the new guy until he got it. One by one, each monkey was replaced until none of the original freezing water group remained. Now they didn’t even know why they kept beating each other. All they knew was, YOU DO NOT GO FOR THE BANANA.

My friends, I think this experiment is a clear reflection of what is happening in many societies today – including ours. At some point, we somehow got the message that it is wrong to strive for what we want. At some point, it became wrong to attempt excellence.

Oh, and just try to introduce a new procedure at work and see what happens. In politics, we see it all the time. One party announces a policy; the other shoots it down, only to adopt it later.

But we are at our worst when one of us is trying to succeed where the rest of us have previously failed – or trying to do something differently from the way we did it when we had a chance. Then we suddenly become vicious. Just look at the way that debate over the rastafarian students unfolded last year.

Of course, we can’t always all be in total agreement on everything, but when we disagree, must we be nasty about it? And what’s the crux of the whole argument anyway? That if we acknowledge the rights of one group, then others will insist on their rights too? In other words, if we give people their freedom, they will be free? Yes, what a tragedy that would be.

Besides, why are we still sticking to this idea of training our children to conform and operate in uniformity? Who told us that was the right way to train children? Do we even know why we do it? Are we training them all to join the army? Or to work in a factory assembly line?

Finland has the best education system in the world and their students don’t even wear uniforms, let alone cut their hair… Anyway, let me shut up – after all…YOU DO NOT GO FOR THE BANANA, right?

Friends, our nation needs healing. For decades, Ghana’s largest “export” has been peace and stability. A lot of that exists because of our tolerance for each other.

Let’s be aware of the threats to our tolerance. I always ask you to believe in yourselves. Today, I want you to believe in each other. If one wins, we all win. We don’t even know why we are beating each other down so viciously. So let’s not be like the monkeys.  Let’s stop it.

My name is Kojo Yankson, and I rejoice in your success, because it proves mine is possible too.