Message from the Morning Man: It’s a Trap! 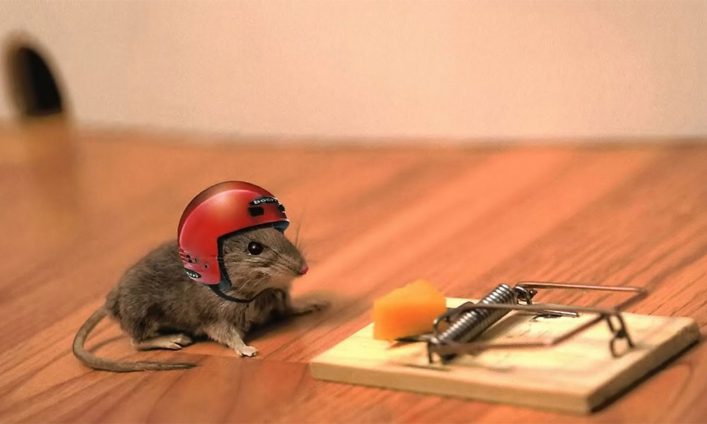 I recently reconnected with an old friend. Let’s call her Akua. Akua is extremely intelligent, hugely successful, and impressively knowledgeable on a buffet of issues and topics. So I was rather surprised when she told me she does not watch or listen to the news. In fact, until she met me, she never listened to the radio.

She had no idea who the EC Chair was, didn’t have a clue about Parliament, had no idea what happened in Ejura, no clue what was said in the mid-year review, or who the Finance Minister was, for that matter. Of course, since we reconnected, she has become an avid Joy listener, and taken a keen interest in affairs of our state (I’m already amazed at how much she’s picked up), but until now, she really had no desire for current affairs. I guess she probably thought the news was full of other people’s problems, and she just preferred to focus on her own.

It does occur to me that my friend’s former news apathy would actually make perfect sense to many people. Why indeed should we care about other people’s lives and choices when we have our own lives to live and our own choices to make? What have their problems got to do with us? “Dzi wo fie asem”, as a certain President would often say, right?

Quite interestingly enough, whenever I remember the late President Atta-Mills’ words,  what comes to my mind is a story I used to read to my son, Fiifi at bedtime when he was younger.

There was once a mouse who lived in a farmyard. He enjoyed his freedom running around, eating anything he wanted from the farmer’s produce. One day, he noticed the farmer unwrapping a parcel. It was a mouse trap. terrified, the mouse ran off to share the terrible news with all the other animals on the farm. First, he went to the chicken. “Terrible news,” he said. The farmer has bought a mousetrap.”

“Well, what has that got to do with me?” asked the chicken. I’m not a mouse”.

Next, the mouse went to see the pig. “Terrible news, Brother Pig. The farmer has bought a mousetrap”

“Oh what a tragedy”, exclaimed the pig. “A sad day for mice everywhere. I will remember you in my prayers”.

The little mouse was not done yet. He went looking for the kind-hearted cow. “Sister Cow, you will not believe this. The farmer has bought a mousetrap”.

The cow lifted her head up slowly and looked at the mouse. “Let me know when he buys a cow trap”, she said.

Finally, the mouse gave up and went back to her hole.

That night, the farmer’s wife heard a loud snap, as something got caught in the trap. She woke up to investigate. In the dark, she felt around on the ground for the trap. Unfortunately for her, the trap had clamped down on the tail of a poisonous snake, and the farmer’s wife sustained a nasty bite.

She became very ill, and the farmer decided to make her some soup, so he killed the chicken. Days went by and his wife’s condition got worse. Friends and family came to visit, so the farmer killed the pig to feed them. A few days later, the farmer’s wife died. Many people came for the funeral. The farmer slaughtered the cow.

From his small hole, the mouse watched sadly as these events unfolded.

My dear friend, if one of us has a problem, let’s not kid ourselves that it doesn’t affect the rest of us. Our lives are linked in ways that are not always obvious. We share much more than the human condition.

The poverty in Jamestown has more to do with the affluence in Cantonments than you think. It’s not enough that you are wearing a mask and washing your hands daily, you are still vulnerable to the Coronavirus because of the actions of people you don’t know and don’t care about.

You may not even be on the voter’s register, but electoral violence could still end your life. You travel to work in the back of a Mercedes Benz, but the recklessness of an unlicensed trotro driver you have never met, could change your life forever.

There are boundless unseen links and connections between all of us, and our individual destinies are inextricably intertwined with each other’s. Let us be quicker to show concern when our brothers’ beard is on fire, for we can never know who is next.

My name is Kojo Yankson, and what matters to you matters to me. GOOD MORNING, GHANAFO!

DISCLAIMER: The Views, Comments, Opinions, Contributions and Statements made by Readers and Contributors on this platform do not necessarily represent the views or policy of Multimedia Group Limited.
Tags:
Kojo Yankson
Message from the Morning Man
Mouse trap