Message from the Morning Man: Law-Breakers 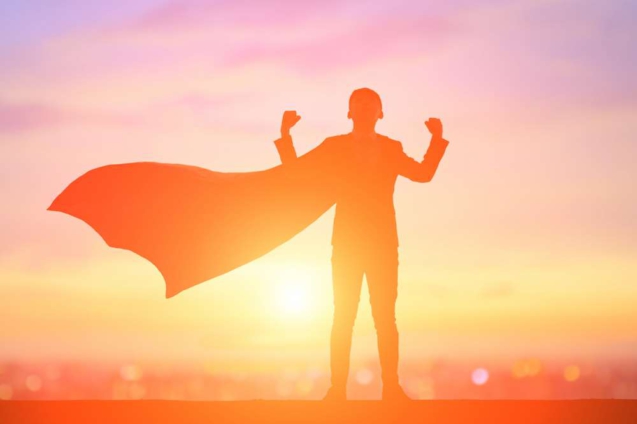 Growing up as the son of a scientist meant I learnt a lot of things whether I wanted to or not. My father took every opportunity to explain the science behind all the things around us – how the freezer chilled water, why balloons stayed in the air longer than footballs, why watermelons had more seeds than mangoes, why I never need more than one egg a day – every object, every event, every occurrence was an opportunity for my father to explain some scientific principle to me.

Even if I never found a practical use for most of what he told me, strangely, a lot of it stuck in my memory.

Now, I don’t know whether it’s because of my naturally rebellious nature, or my inexplicable need to push boundaries just to see what happens, but for some reason, the one thing that my father taught me about science which I have remembered and applied in my life to date is this:

Every law of science can be broken.

And it’s absolutely true. Gravity exists, yet birds fly. A pebble will sink into the water, yet a log will float on it. God had given us examples in nature of how the physical laws that govern us can be broken. It was almost as if he was trying to send us a message…

The ancient Egyptians saw how logs floated and it inspired them to create ships. The Wright Brothers watched birds soar through the air and figured out how to make aeroplanes. Alexander Wolcott observed the behaviour of light on different surfaces, and it led him to create the camera. Electricity, the telephone, the internet, all these wondrous creations were fashioned by people who studied the laws of science and broke them to create something new.

I think God’s message to us is actually quite simple, and those who have decoded that message have gone on to become the greatest people in human history.

My friends, this method of achieving success applies to us too, no matter what stage in life or what profession we are in today. There are natural laws that are recognised by the people around you. Drivers do not become CEOs in your company. Security guards do not get Masters Degrees. Kids from your village don’t go to University. People with no money don’t start businesses. Convicted criminals do not become pastors. Poor men don’t stand a chance with beautiful women.

There seem to be natural laws all around us, setting the limits for our potential and prescribing the boundaries for our progress. Everyone around us ascribes to these laws, and so we do too. What we don’t realise is that these laws are robbing us of our destinies.

Every great person has achieved their success by doing what others were not prepared to do – by staying up later, by practicing longer, by praying deeper, by studying harder, by saving more money, by sacrificing more leisure time, by running farther, climbing higher, shooting straighter and working harder than everyone else was prepared to.

The secret to success is not as complicated as you think. You just have to believe that you ARE better than your competitors and then DO better than them. Look at the natural laws by which they have limited themselves, and break those laws to achieve your success.

Today, the message is very simple: Every natural law can be broken. It’s about time you realised that and started tearing down the walls between you and your destiny of greatness. Remember, gravity exists, yet birds fly.

Don’t let anyone or anything tell you that you can’t succeed. There is no rule without an exception; there is no physical law that can’t be broken. You are the exception that breaks the rule, so stand up for your dreams and stand out from your peers.

My name is Kojo Yankson, and my goals defy logic… but what power has logic over dreams?