Message from the Morning Man: My last will and testament - MyJoyOnline.com

Message from the Morning Man: My last will and testament 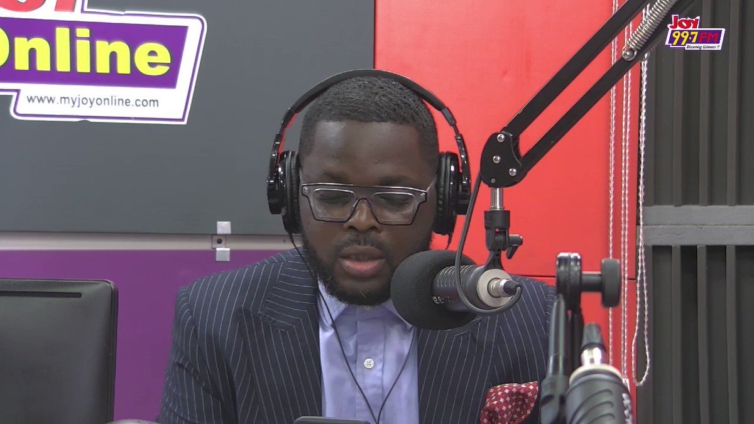 Long before I discovered Tommy Annan Forson, Komla Dumor, and a career in broadcasting, I had a very different dream. I wanted to be Sam Jonah.

My friends and I used to sit around on hot afternoons, dreaming of the things we would do if we had Sam Jonah’s money. I would buy seven Rolls Royce Phantoms in different colours, one for each day of the week. I would buy a Gulfstream jet, take out all the seats and put a Jacuzziin it.

I would never wear one shirt twice. I would own an island where only pretty women with beautiful butts would be allowed citizenship…

Yeah, I had a lot of plans for Sam Jonah’s money, but for some reason, God never saw fit to send any of it my way, which is why today, I am forced to invest in a washing machine instead of simply throwing out my shirts after one wear. Poor me.

Recently, I have been reading about Thomas Edison. Many argue that he is the greatest inventor that ever lived. Throughout the 20th century, the man who invented the light bulb also created one thousand and ninety-two other patents.

In 1928, the United States Congress awarded him the Congressional Gold Medal, and in the citation, they valued all his inventions at the time, to be worth a whopping 15 billion, five hundred and ninety-nine million US dollars. Now, imagine how many airborne Jacuzzis and big booty islands I could have bought with that money!

Again, rather tragically, Edison didn’t leave any of his cash to me, but he did bequeath one thousand and ninety-three solutions to mankind’s everyday problems, including the Cement Mixer, the Electronic Pen, the Alkaline Battery and thousands of important devices that we still use today.

Last night, I was thinking about great men like Thomas Edison and Sam Jonah. It occurred to me that their greatness was never in how much money they made or their bank balances. It was all about their legacy – what they left for future generations. The reasons why they will be remembered are not much to do with how they spent their money, but how they spent their lives.

Their contributions to the advancement of the human race will abide for generations, and the fruits of their hard work will be enjoyed by humans for all time. Just like Thomas Edison, they all left us their very own light bulbs, which will never stop glowing long after they themselves are no longer with us.

Uncle Ebo Whyte once talked about how great inventors and composers performed miracles. He also threw us the challenge of performing our own personal miracles by simply giving our very best always. I want to extend that challenge by adding this: leave a mark. Be remembered. Whatever you do – whether you’re a cleaner or a CEO, a receptionist or a Reverend, a driver or a Director, a painter or a President, everything you do should be geared at making your world a better place.

Whatever talent God gave you was meant not just for you, but for the benefit of the world. Failing to achieve your potential in life means you aren’t only cheating yourself out of greatness, you’re cheating all those who came before you, who worked hard to leave you a better world than they inherited. You’re also cheating future generations of the gifts God placed within you. You’re cheating all generations of mankind by withholding your light bulb.

Personally, I want everyone in this world to benefit from the fact that I was here, but even if I become the richest man in history, I won’t be able to give each human enough money to change their lives. The only meaningful thing I can leave that will benefit all mankind is my legacy, my example, my very best effort. That’s the only real inheritance of value that I have to give.

My friends, excellence is a debt we owe, and we must not pass through this life without paying our way. Your gifts, your skills, your knowledge, your strength, your abilities, these are not yours to keep; they are yours to share. Let your deeds and your work be a legacy that lasts long after you have departed. That is true greatness. If along the way, you acquire a Rolls Royce or two, even better.