Message from the Morning Man: The Violinist 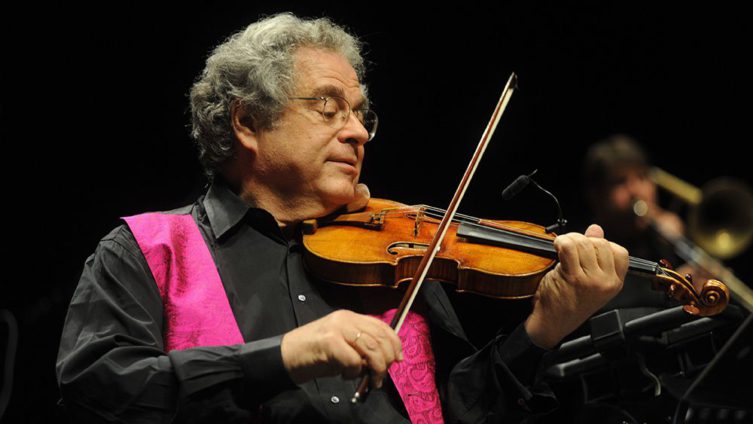 Itzhak Perlman is a world renowned American violinist. I got to know about him when I heard his perfectly composed score for the Steven Spielberg movie, Schindler’s List.

Perlman has won 15 Grammys and 4 Emmys, but he is most celebrated for his live performances. You see, Itzhak Perlman has polio. He’s had it for most of his life, and so getting on stage to perform is a feat in itself.

He walks slowly and painfully across the stage with his crutches, sits carefully in his chair, sets down the crutches, unclasps his leg brace, tucks one leg under his chair and stretches out the other, fits his violin under his chin and nods to the conductor, before he starts playing the beautiful chords that have made a plebeian hip hop fan like me fall in love with classical music.

Today, I want to tell you about Itzhak Perlman’s most memorable performance.

It was at the Avery Fisher Hall in the Lincoln Centre, New York City, on 18th November 1995. He went through his usual routine, got comfortable and started to play. And then it happened.

There was a loud crack, like a gunshot, and a shockwave went through the concert hall. The sound was unmistakeable: Itzhak Perlman’s violin string had snapped. At this point, everyone expected poor Itzhak to go through his whole arrival routine in reverse, fit his brace, pick up his crutches, walk slowly offstage, retrieve a spare violin and then come back slowly, sit down and start again. But he just paused for a second, took a deep breath, and nodded to the conductor to continue.

Now, a violin has four strings – each one produces a specific range of notes depending on how the bow is run over them. When you lose one string on your violin, you lose a whole range of notes that you are bound to require in the performance of any tune. A classical composition is made of thousands of notes.

The concept of completing a classical performance without one violin string makes absolutely no sense whatsoever, but that was exactly what Perlman did that day.

He played with a passion and ferocity that nobody had ever seen from him. It was as if he was using sheer force of will to make the remaining three strings do the job of four. He battled his way through the performance, running his bow furiously over the remaining strings, navigating the complicated nuances of the intricate composition until the triumphant climax of the piece.

For ages, the room was silent. Then it erupted into wild applause. Everyone in every corner of the room was on their feet. And nobody in that room will ever forget that performance. Mid-applause, Perlman raised his bow for silence. When the room went calm, he said with no trace of ego whatsoever, “You know, sometimes it’s the artist’s task to find out how much music you can still make with what you have left”.

What a profound statement.

The truth is, no situation will ever be perfect. You will never have all your ducks lined up in a row so you can shoot them all with a single bullet. Those who have succeeded in life took whatever they had at the time and made something out of it. Their circumstances were not perfect, but they made music with what they had left. That, my people, is our duty in life. We are all made in God’s image, which makes us all creators. Creators don’t wait for things to be made for them – they make something out of nothing – just as God intended for us to do.

Itzhak Perlman knew this, and he proved it in the most eloquent manner that night. In life you will not be given everything. Not even Bill Gates’ children are born with everything. All you can do is show up, take whatever talent, knowledge, money, qualification, experience, strength, beauty, and resources you’re given, put it to your chin, nod to your conductor and start playing.

My name is Kojo Yankson, and three strings are more than enough for me to make music.

DISCLAIMER: The Views, Comments, Opinions, Contributions and Statements made by Readers and Contributors on this platform do not necessarily represent the views or policy of Multimedia Group Limited.
Tags:
Itzhak Perlman
Kojo Yankson
Message from the Morning Man