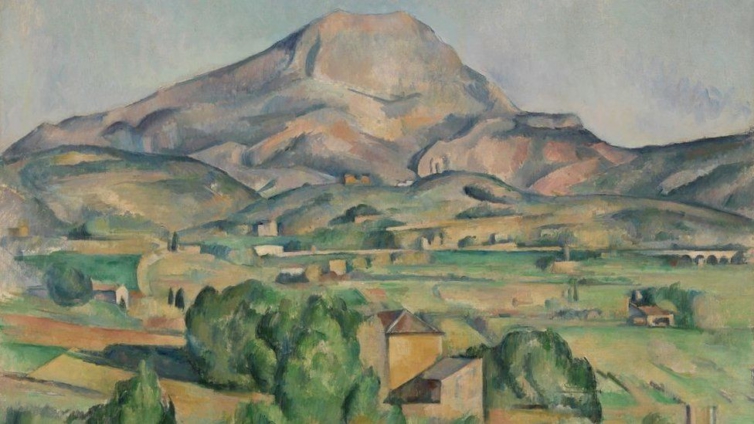 Paul Cezanne painted Mont Sainte-Victoire in southern France several times. One of this set will be included in the auction

An estimated $1bn (£847m) worth of art belonging to the late Microsoft co-founder Paul Allen will be sold at the largest art auction in history.

Christie’s auction house said proceeds of the November sale would be given to charity, as Mr Allen wished.

The auction will sell 150 works of art spanning 500 years.

Christie’s CEO Guillaume Cerutti said the auction would be like no other.

“The inspirational figure of Paul Allen, the extraordinary quality and diversity of works, and the dedication of all proceeds to philanthropy, create a unique combination that will make the sale of the Paul G Allen Collection an event of unprecedented magnitude,” he said.

Art was “both analytical and emotional” to Mr Allen, he said.

The collection “reflects the diversity of his interests, with their own mystique and beauty”, said Jody Allen, Mr Allen’s sister, the executor of the estate.

Mr Allen left his role at Microsoft in 1983 after being diagnosed with Hodgkin lymphoma, a rare form of cancer.

His relationship with co-founder Bill Gates had also deteriorated but would improve later in his life. He remained on the company’s board until 2000.

Mr Allen was successfully treated for his cancer and founded a private company with his sister Jody, Vulcan Inc, which managed his business and philanthropy. He had a multi-billion dollar investment portfolio, including continuing to own shares in Microsoft.

In 2010 he pledged to leave the majority of his fortune to charity after his death. At the time he was the 37th richest man in the world according to Forbes magazine, with an estimated $13.5bn (then £8.8bn).

He was treated for non-Hodgkin lymphoma in 2009, but it returned, and in 2018 he died from complications of the disease.