Mid-Year Budget Review: Government is not committed to getting the economy back on track – Ricketts-Hagan 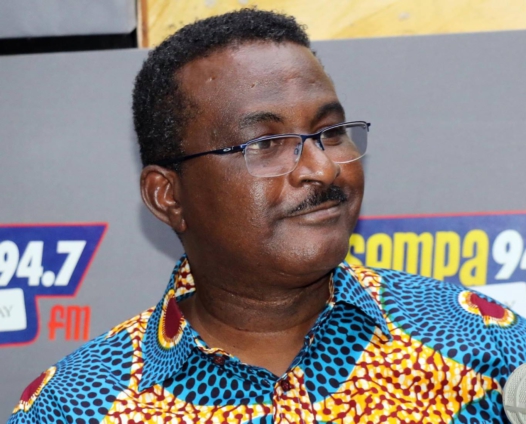 Former Deputy Finance Minister, George Kweku Ricketts-Hagan, says the government has not given Ghanaians and the International Monetary Fund (IMF) any indication of its willingness to adapt measures that will get the economy back on track.

His comment was in response to the 2022 Mid-Year Budget Review which was delivered on the floor of Parliament, July 25, by the Finance Minister, Ken Ofori-Atta.

According to Mr. Ricketts-Hagan, the Mid-Year Budget Review does not give any assurance the government intends to restore economic and financial stability by heeding to the counsel of the IMF.

Speaking on JoyNews’ PM Express, he said, “Basically, what we were expecting today, or what most Ghanaians were expecting today that this Mid-Year Review will give a strong signal to the IMF and the international finance community that this government is actually willing to adapt measures that the IMF is going to come up with if they have signed up to it in terms of fiscal and monetary measures that will get the economy back on track and restore economic and financial stability, this doesn’t seem to be doing that.”

He noted that his sentiment stems from the “juggling [of] figures” the government did in the Budget Review especially concerning its balance of payment issue.

According to him, the Mid-Year Budget Review failed to provide a concrete solution to Ghana’s balance of payment issue, and this is worrying as the country prepares to go to the IMF.

“Now the surprising thing is that we’re going on an IMF programme where supposedly we’re going to be looking for money to address balance of payment issue, so you’d expect that there are other sectors of the economy, all these flagship programmes and all that that you’d require money from, so if you’re moving money from one area it will address this.

But the IMF programme will not start probably until next year, so the balance of payment issue has still not been addressed by this Mid-Year Review.

“So if you say you don’t need money, when you clearly need hard currency on your balance of payment side but you’re juggling figures on the other side to try and satisfy whatever you’re going to spend money on then there’s a problem,” he said.

DISCLAIMER: The Views, Comments, Opinions, Contributions and Statements made by Readers and Contributors on this platform do not necessarily represent the views or policy of Multimedia Group Limited.
Tags:
2022 mId-year budget review
George Kweku Ricketts-Hagan