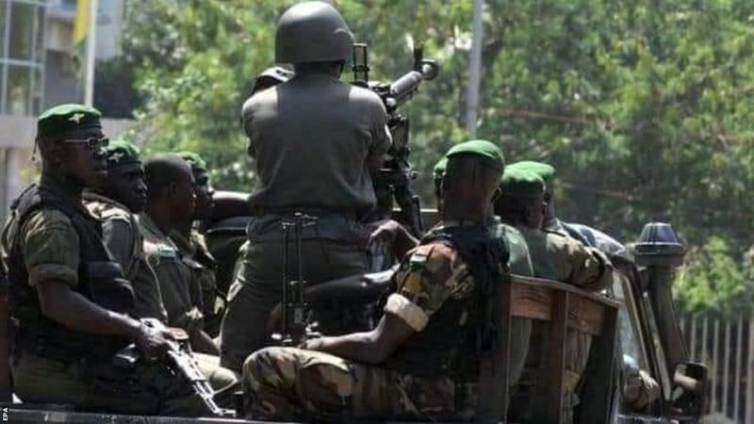 Executive Director of Songtaba, an NGO in the Northern Region, says that military takeovers should not be a plausible alternative to the bad governance of the incumbent government.

Joining discussions on JoyNews’ Newsfile Saturday, Lamnatu Adam said, “No matter how a nation is said to have problems, a coup has never been an alternative.”

Citing a survey undertaken by Centre for Democratic Development (CDD), Afrobarometer, Stat View International (SVI), she said that more than 77 per cent of Guineans do not want Alpha Condé to have a third term in office.

The survey also indicated that despite Guineans dissatisfaction with the performance of Alpha Condé’s government, citizens strongly prefer democracy to any alternative form of governance.

A statement from the sub-regional bloc described the instability as an attempted coup and demanded the “unconditional release” of Condé and his associates.

The statement also demanded, “a return to constitutional rule, failing which sanctions will apply.”

Lamnatu advised ECOWAS to revise the constitution and possibly make some amendments to avoid future coups.

“In any case, coup should not be the answer. I am hoping that the recommendations that ECOWAS has spelt out, the military coup and takeovers, will take a look at it.”

With a series of coup attempts happening within the West African region, she said such events hurt the economy.

“We’ve had two military takeovers in Mali. There was a failed attempt also in Niger. And now we have Guinea.”

As a women’s advocate, Lamnatu said she is concerned about the well-being of women, girls, and children in countries experiencing political unrest.

“In times of instability, women and girls suffer the most. We have had cases of sexual harassment and all other sexual gender-based violation you can think about in terms of insecurity.”

DISCLAIMER: The Views, Comments, Opinions, Contributions and Statements made by Readers and Contributors on this platform do not necessarily represent the views or policy of Multimedia Group Limited.
Tags:
Alpha Condé
CDD survey
ECOWAS
Guinea coup