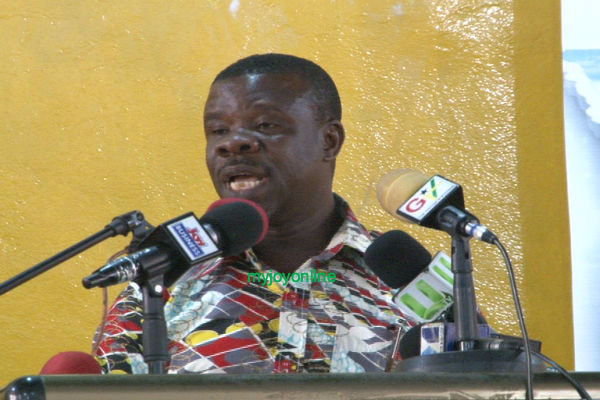 Ghana Mine Workers Union has criticized government for compromising the job security of its workers in the interest of Foreign Companies.

According to the Union, government has over the years exhibited indifference toward the welfare of mine workers especially, as employers in the sector, usually multinationals abuse the rights of workers.

Most employers of the Union say they have adopted a system where they cyclically lay-off workers, only to re-engage them shortly.

Delivering the keynote address, General Secretary of the Union, Prince William Ankrah bemoaned what he said are income disparities in the sector.

The gap between the salaries of top management and even skilled workers according to him is unacceptably wide, which requires urgent attention.

Most highly skilled workers in the sector according to the Union are earning salaries 150 times less than what top managers earn.

The annual event is aimed at taking stock of activities within the sector and formulating solutions towards addressing existing challenges.