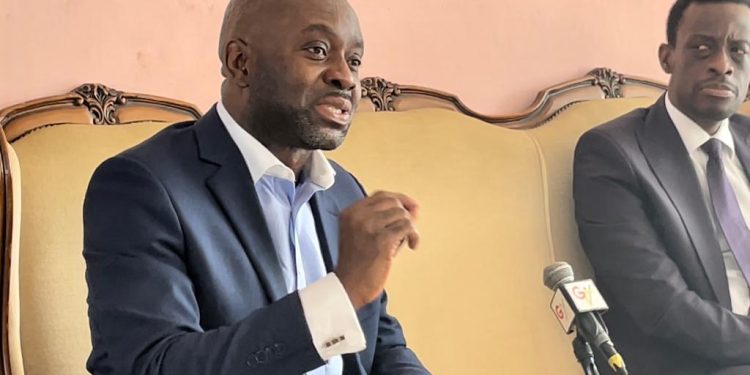 The Chief Executive Officer of the Minerals Income Investment Fund (MIIF), Edward Nana Yaw Koranteng, says his outfit is aiming to become the biggest minerals fund in West Africa within the next three years with about $500 million assets.

According to him, MIIF dreams can only be realised if Ghanaians are impacted positively, especially the mining communities.

He added that his outfit’s activities must transform the needed facelift they require.

Mr. Koranteng said this when he paid a courtesy call on the Western Regional Minister, Kwabena Okyere Darko Mensah as part of his tour of the region.

He stated that the main purpose of MIIF is to manage and invest mineral royalties and revenue from equities of higher returns to benefit the government and the country at large.

He also mentioned that the tour is to identify some of the needs and challenges confronting the sector, the mining companies, and the communities and see how best the issues can be dealt with.

He also said his team will be looking at problems facing the non-included companies such as the silver, manganese, bauxite, and query sectors, among others as they find it difficult in paying their royalties.

Mr. Koranteng noted that the MIIF is looking at establishing a Small Scale Mining Incubation Programme to help develop the small-scale mining sector.

The Western Regional Minister, Kwabena Okyere Darko Mensah, for his part, urged the MIIF CEO to find strategises to utilize proceeds generated from the minerals sector to develop mining communities, especially the Western Region as it contributes more to the national Gross Domestic Product due to the numerous natural resources it hosts.

He again urged them to look at the region as an investment centre and not only an exploitation place and investment, more to the benefit its people.

Mr. Darko-Mensah also charged the MIIF to find ways to fund  Ghanaians, especially Westerners to own these productive assets to ensure that profits generated stay within the country to develop these communities.