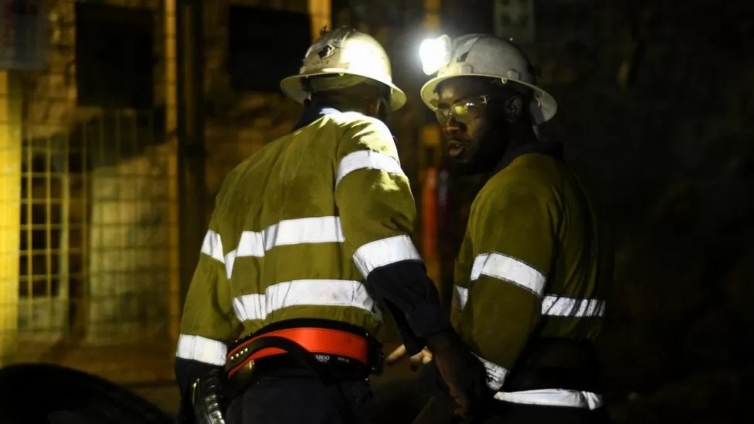 Despite rescue efforts, in late May the first bodies of the miners were recovered from the Perkoa zinc mine

The director of a mine in Burkina Faso has been found guilty of manslaughter, following a flooding disaster in April that killed eight miners.

The incident caused outrage in the country at the time.

The verdict has been met with shock, with some in Burkina Faso seeing the sentence as lenient, given the number of victims.

A second executive, Daryl Christensen, an Australian national working with for Trevali’s contractor Byrnecut, was handed a 12-month suspended sentence and fined $1,500.

Frey, from South Africa, was found guilty of involuntary manslaughter but acquitted on charges of illegal mining activities, failure to comply with regulations on occupational health and safety in mines, endangering the lives of others and failure to assist a person in danger.

Trevali has issued a statement but did not comment on the sentences. It said it was still negotiating with the authorities to resume mining at the Perkoa zinc mine.

The trial began on 24 August following a complaint by the families of the miners from Burkina Faso.

The eight miners were working at a depth of more than 500m when they became trapped by torrential rain in April.

In less than an hour, 125mm of rain fell – five times the average monthly amount.

Despite frantic rescue efforts, it took until late May for the first bodies of the miners to be recovered from the mine, which lies about 100km (60 miles) west of the capital, Ouagadougou.

In June, the last body was recovered, following some 66 days of searching.

There was controversy at the time of the incident, with rescue operations only getting under way following protests and a sit-in at a government building at a nearby town five days after the floods.

It took rescue teams 31 days to reach the first rescue chamber at the mine in which the missing miners might have sought refuge.

But when the chamber was opened, none of the men – one Tanzanian, one Zambian and six from Burkina Faso – were there.

The zinc mine had two rescue chambers stocked with food, water and oxygen, and loved ones had desperately hoped the miners could have made it to one of those safely.

Millions of litres of water were pumped out and specialised equipment was brought in from Ghana and South Africa to help at the mine, that has a depth of 710m.

Trevali said that during the rescue efforts, a road ramp into the mine was rebuilt and 5,000m of new pipes installed, along with more than 24 electric and diesel pumps.

But after a day-and-night search lasting more than a month, on 25 May rescue teams found the the first four bodies of the miners.

At the time, the boss of the Canadian-owned mine expressed his sadness at the deaths.

“Our deepest condolences are with our colleagues’ families during this difficult time, and all of us at Trevali grieve their loss,” said its head, Ricus Grimbeek.

Following the disaster, Trevali and the government in Burkina Faso launched their own investigations.

DISCLAIMER: The Views, Comments, Opinions, Contributions and Statements made by Readers and Contributors on this platform do not necessarily represent the views or policy of Multimedia Group Limited.
Tags:
Burkina Faso
Hein Frey
Mining boss