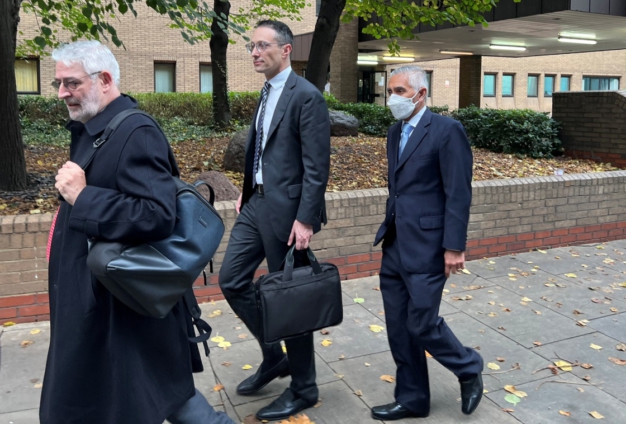 Employees and agents of a British subsidiary of mining and trading group Glencore used private jets to transfer cash to pay bribes to oil officials in West Africa, prosecutors told a London court on Wednesday.

Glencore Energy UK Limited paid – or failed to prevent the payment of – millions of dollars in bribes to officials in five African countries, Britain’s Serious Fraud Office (SFO) told Southwark Crown Court on the first day of a sentencing hearing.

The UK subsidiary pleaded guilty in June to seven bribery offences. Glencore, a Swiss-based multinational, said in May it expected to pay up to $1.5 billion in relation to allegations of bribery and market manipulation in the United States, Brazil and Britain.

Prosecutor Alexandra Healy said the UK subsidiary paid bribes through an oil trader on the West Africa desk at its London office to officials at Cameroon’s national oil and gas company to secure “favourable treatment” for the sale of crude oil.

She told the court the unidentified Glencore employee was assisted by the company’s agent in Nigeria, from where the cash was withdrawn and transported to Cameroon often by private jet.

Another unidentified employee also requested the withdrawal of $800,000 in cash from Glencore International AG’s cash desk in Switzerland before flying by private jet with a colleague to South Sudan, Healy said.

The cash was then paid to Glencore’s agent in South Sudan, which used some of the money to pay bribes to government officials who could influence the allocation of crude oil cargoes, she added.

Healy said Glencore had pleaded guilty to five counts of bribery in relation to a total of $26.9 million of payments, which were paid “primarily [to] officials in state-owned oil companies” in Cameroon, Ivory Coast and Nigeria.

Glencore has also admitted two charges of failing to prevent bribery over payments of approximately $1 million to agents in Equatorial Guinea and South Sudan, a portion of which Healy said was used to pay bribes to secure “valuable oil contracts”.

Healy said “the approval and offering of bribes was an acceptable way of doing business for the company” and that was “corruption was endemic within the corporation”.

She also told Judge Peter Fraser that the SFO’s investigation into the conduct of individuals “continues”. The judge is expected to rule on the level of the penalty on Thursday.

Clare Montgomery, representing Glencore, said the company’s chairman Kalidas Madhavpeddi, who took up the post in 2021, was in court for the sentencing.

She added: “The company unreservedly regrets the harm caused by these offences and recognises the harm caused, both at national and public levels in the African states concerned, as well as the damage caused to others.”

DISCLAIMER: The Views, Comments, Opinions, Contributions and Statements made by Readers and Contributors on this platform do not necessarily represent the views or policy of Multimedia Group Limited.
Tags:
Glencore