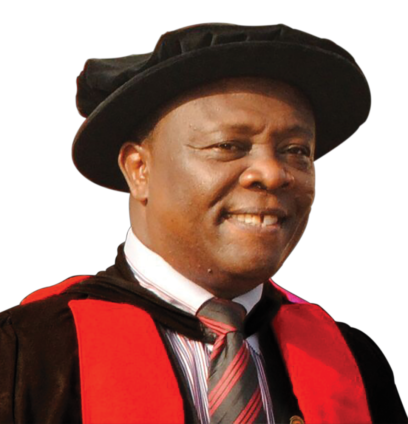 Professor George K. T. Oduro, the Immediate Past Pro Vice-Chancellor of University of Cape Coast, has advised the newly sworn-in Sector and Regional Ministers to stay above partisan interests.

He told the Ghana News Agency in an interview on Thursday that a crosscutting focus of the President’s advice and the National Anthem pointed to “Service in the interest of the nation rather than the NPP Party”.

“The first line of our National Anthem reads: God bless our homeland Ghana. It doesn’t read God bless our Political Party. The President also tasked the Regional Ministers to be guided by the Constitution and promote the general well-being of citizenry of their respective regions.

“The President did not task Ministers to work towards serving partisan interests, the emphasis was on the Region and by extension Ghana – a very nationalistic [piece of] advice. But how do we ensure that this nationalistic advice does not remain a swearing-in ceremony rhetoric?” He asked.

Prof. Oduro said between 2017 and 2020, he said the President preached ‘Ghana First’ and tasked Ghanaians not to sit on the fence but act as citizens.

“Another nationalistic [piece of] advice. But what did we see? Some Ministers acted as political party agents rather than government representatives. Extreme exclusion of political opponents in national policy discourses was experienced. Intolerance of diverse opinions was recorded and political opponents branded as enemies,” he said.

The former Pro-Vice-Chancellor said partisan commitment deepened in matters of recruitment, promotions, transfers and consultancies in the public sector and that such a partisan orientation created unhelpful tensions and undermined policy implementation because non-party members were compelled to act to as spectators rather than citizens.

He said, “This partisan orientation of Ministers must change. The 8th Session of our 4th Republic needs Ministers who will perform their roles through the lens of Ghana’s Constitution rather than the lens of their political party. We need Ministers who will tap the expertise of citizens relevant to regional and national development, irrespective of the political orientation of such experts.”

Prof. Oduro advised individuals appointed in present and future administrations to desist from behaving like Chairmen or Secretaries of their political parties and provide leadership that would promote inclusiveness and create a sense of belongingness in all citizens irrespective of their political, gender, religious or ethnic orientation.

“As Ministers, they must remember they are remunerated through taxes paid by the citizenry, not through dues paid by political activists. If the President’s regional and national interest agenda can be fulfilled by the Ministers, then Political Parties must give them room to operate.

“Political activists must not interfere in the operational plans of the Ministries and Regional Coordinating Councils. While I congratulate all the regional and other sectoral Ministers, I urge them to be guided by the words of the second stanza of our National Anthem,” he said.

DISCLAIMER: The Views, Comments, Opinions, Contributions and Statements made by Readers and Contributors on this platform do not necessarily represent the views or policy of Multimedia Group Limited.
Tags:
Ghana
Ministers
Professor George K.T Oduro
University of Cape Coast