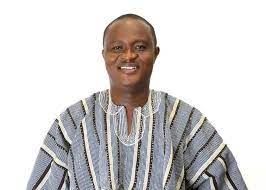 Senior high schools across the country have been facing severe food shortages.

Local teacher, Kofi, revealed that on multiple occasions, students have been turned away from the dining hall due to food shortages.

But Deputy PRO for the Ministry of Education, Yaw Opoku Mensah, denies that any student has been refused three daily meals.

“It’s simply not the case that any student hasn’t received breakfast, lunch, or supper,” Mensah said.

A recent MyJoyOnline.com report showcased reporter Emmanuel Bright Quaicoe’s engagement with local students who had to purchase their food because of a dining hall closure.

Speaking with David Akuetteh on Luv In the Morning on Luv FM, Mr. Mensah said that this is simply untrue as he was present at the school in question and nothing of the sort happened.

“When I was there, virtually no one was there…students had left for the Eid break and the remaining had left for Salah,” he said. “The dining hall was closed due to the break…students staying on campus over the break report their intentions to the school in order to be catered for, it’s likely that these students had not done so or were reporting falsely.”

Mr. Mensah claimed that questionable reporting of the food shortage issue by the media has caused stress for parents.

“The media has taken a biased and often false stance on the situation,” he said, “If I were a parent, even I’d become worried because parents pick up whatever the media puts out.”

He added that the most important thing is that food has been dispatched to schools and should be received by the end of Wednesday at the latest.

“Let’s not pretend that this issue is out of the blue or the media is overdoing it…this has been an issue for years.”

Mr. Kpe expressed his disappointment at the situation.

“Why are we in a situation where teachers are trading and borrowing from each other?” Mr. Kpe asked. “Why are head teachers having to establish a school-food economy?”

He noted that the government is simply unable to recognize the severity of the problem.

“Even when schools have food, students are forced to eat the same meal three times a day for weeks if not months,” he said. “The problem is widespread and is not just of shortage…food is received weeks late.”

“The Ministry of Education is helpless because the Ministry of Finance is not upholding its promises,” Mr. Mensah said. “They have not been distributing funds to senior high schools consistently, so schools don’t have the budget to influence food supply.”

“The policy was inaugurated six years ago and has exhausted government’s education budget,” he said. “Government is struggling to balance the policy and other issues simultaneously which is a recipe for disaster.”

Mr. Kpe alleged that the government is only distributing food now because the topic has entered the media space.

Local teacher, Kofi, who is also a businessman, presented another angle on the issue.

“I have friends who are food suppliers and they’ve told me that they have arrears from government from over a year ago,” Kofi said. “How can we expect suppliers to supply food when they have not been paid?”

Mr. Kpe reinforced that the government needs to take advice from experts and those affected by the issue or the repercussions will be consequential.

“If the problem of food shortage isn’t solved, I’m afraid there will be no option but to close schools,” Mr. Kpe said.

DISCLAIMER: The Views, Comments, Opinions, Contributions and Statements made by Readers and Contributors on this platform do not necessarily represent the views or policy of Multimedia Group Limited.
Tags:
Food shortage
Media