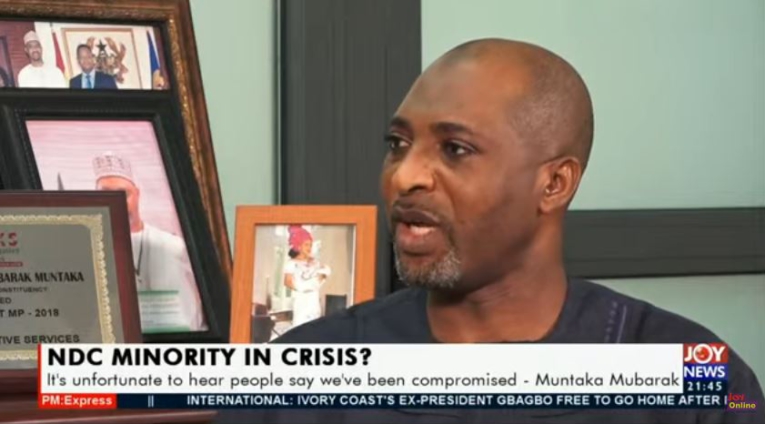 Minority Chief Whip, Muntaka Mubarak has filed a motion seeking to revoke Speaker Bagbin’s referral of three Members of Parliament to the Privileges Committee in Parliament.

In a memo to the Speaker of Parliament on Tuesday sighted by myjoyonline.com, purportedly signed by the Asawase MP, he prayed the House to revoke the Speaker’s decision.

“That this Honourable House resolves to revoke, cancel or rescind the referral made by The Rt. Hon. Speaker on the 5th day of April, 2022 to the Committee on Privileges to consider the issue of absence without permission from the House under Article 97 (1) (c) of the Constitution and Standing Orders 15 and 16 of Honourables Sarah Adwoa Sarfo, Henry Quartey and Kennedy Ohene Agyapong,” portions of the memo read.

According to the votes and proceedings of the House, the three NPP MPs, have absented themselves from Parliament for over 15 days without the Speaker’s permission.

Speaker Bagbin during Tuesday’s sitting, therefore referred them to the Privileges Committee, for the necessary action.

Delivering his ruling on the floor of Parliament on Tuesday, Alban Bagbin explained the absence of the MPs is in breach of Order 17(1) of the Standing Orders of Parliament and Article 97 (1) (c) of the Constitution.

“I have accordingly come to the irresistible conclusion that a Member who absents himself or herself from 16 sitting days of Parliament in a particular meeting, without the permission, in writing, of the Speaker, falls squarely within the ambit of Article 97, clause 1(c) of the 1992 Constitution and Order 16 (1) of the Standing Orders of Parliament”, he stated.

But the Minority Chief Whip disagrees with the Speaker’s decision.

Reacting to the Speaker’s ruling on the floor of the House on Tuesday, Mr. Muntaka Mubarak contended that the Speaker’s decision is not in the right direction.

He, therefore, called for a unanimous decision for all MPs to resist the Speaker’s decision to refer their colleagues to the Privileges Committee insisting that the Speaker cannot continue to accept petitions from outsiders, “suo moto”.

“It is on this basis that I call on all of us to resist the attempt by Mr. Speaker to refer our colleagues to the Privileges Committee and if there is a justification, let us get one of us, as Member of Parliament, who is convinced that our colleagues need to do that and not allow Speaker to do this…if we allow this to stand, it will become precedent and tomorrow it may hurt each one of us,” he said on the floor of the House on Tuesday.