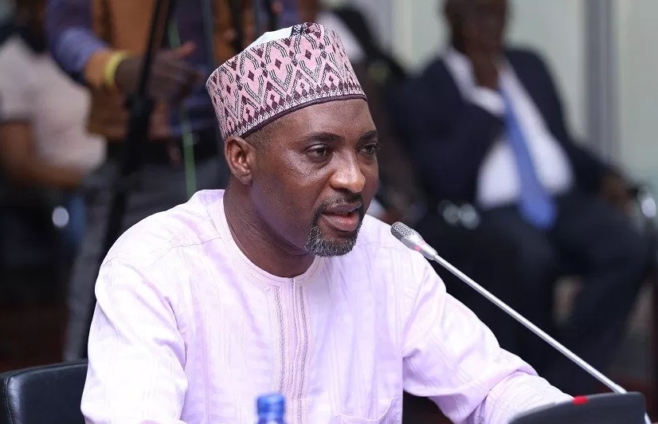 Minority Chief Whip, Muntaka Mubarak has expressed confidence that the Finance Minister will be voted out of office on Thursday after the vote on the censure motion.

He said the Minority caucus is determined to vote Ken Ofori-Atta out of office.

“I can assure you that we are keeping our cards close to our chest and we believe that tomorrow by the Grace of God, by the time we are done with the secret balloting, Finance Minister will be out,” he said.

Speaking on Joy FM’s Top Story, Wednesday, Muntaka Mubarak said the House followed the necessary procedures to conduct the censure motion, thus establishing a committee based on Article 82 to provide a fair hearing after which findings are presented to the House to be debated and subsequently voted on.

“Based on Article 82 (4) that says that he must be heard, so he has been heard in the committee. So they would just come and tell us that, this is what he said and the debate continues and then conclude the debate and then we vote.

“So that is going to happen tomorrow because that is what leadership has agreed this morning on conclave that tomorrow after vote and proceedings that will be the major business and then try and conclude the censure motion,” he added.

In a related development, a member of the Ad hoc Committee set up by Parliament to hear the censure motion, Samuel Okudzeto Ablakwa has confirmed to JoyNews in an interview on Wednesday that the fate of Finance Minister, Ken Ofori-Atta will be decided tomorrow (Thursday) after a vote on the censure motion.

“I can confirm that we now have the all-clear from the Rt. Hon. Speaker, the leadership of the House that tomorrow (Thursday) the report will be presented and the debate will continue pursuant to Article 82 of the 1992 Constitution. It is also very likely that at the end of the debate, the Speaker will put the question and we will have the vote on the censure motion,” he said.

The North Tongu MP said he is hoping the NPP MPs will join them in removing Mr Ken Ofori-Atta from office.

Ahead of the debate and vote on the motion, Minority Leader, Haruna Iddrisu issued a three-line whip for Ken Ofori-Atta’s dismissal.

A three-line whip is an instruction given to Members of Parliament by their leader telling them they must vote in a particular way.

The Minority Chief Whip, Muntaka Mubarak, has said there will be dire consequences for Members of the Minority Caucus who defy the three-line whip issued by the Party’s leadership in Parliament.

DISCLAIMER: The Views, Comments, Opinions, Contributions and Statements made by Readers and Contributors on this platform do not necessarily represent the views or policy of Multimedia Group Limited.
Tags:
Censure motion against Ofori-Atta
Finance Minister
Minority Chief Whip
Minority in Parliament
Muntaka Mubarak