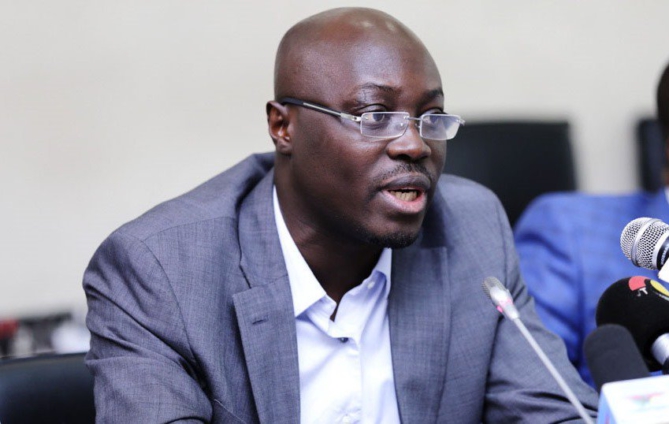 The Minority in Parliament has called on the government, to seek immediate debt relief from the International Monetary Fund (IMF).

“The Ghanaian economy has been driven into a ditch and will require an urgent fiscal measure to pull out from the ditch. We expect the government to seek urgent debt relief from the IMF,” Ranking Member on Parliament’s Finance Committee, Dr. Cassiel Ato Forson said.

According to the Minority, Ghana will face deeper economic crisis, during which government will not be able to service its debt by February 2023, if the country does not apply for debt relief.

Dr. Cassiel Ato Forson, told a forum in Accra, that Ghana’s debt to GDP ratio will hit 85% in 18 months from the current 73%.

“It is important that the government does that. We will also submit that, failure by the Akufo-Addo-Bawumia government, as recommended, will mean that within 18 months, Ghana would be exposed to a high risk of default on its debt service obligation, which will plunge this country into a deeper economic crisis.”

He explained that the new IMF initiative, The Common Framework for Debt Treatments beyond the Debt Service Initiative (DSSI), which can be likened to HIPC, will help the country reduce its debt burden.

Dr Forson said that the economy is heading towards a disaster and thus the Finance Minister should announce immediate measures to stem the tide in his mid-year budget review statement on Thursday.

He explained that failure of government to take steps in lessening the debt burden, will make Ghana unattractive to the bonds market and the domestic market among others.

“We will use a chunk of our tax revenue to repay our debt, and this will not be good for our country. So, we are urging that Mr President, we mean well, we are lawmakers, we are constituents, we are representatives of the people, we have constituencies to carry, if Ghana crashes, it doesn’t crash with only you, it crashes with all of us.”

He also tasked the government to give public sector workers an extra 2% salary increase in addition to the 4% recently announced.

“I have been Minister for Employment, 4% wage increase when inflation is at 8%?, public sector workers deserve better,” he said.

DISCLAIMER: The Views, Comments, Opinions, Contributions and Statements made by Readers and Contributors on this platform do not necessarily represent the views or policy of Multimedia Group Limited.
Tags:
Cassiel Ato Forson
debt relief
Debt-to-GDP ratio
International Monetary Fund
Minority in Parliament