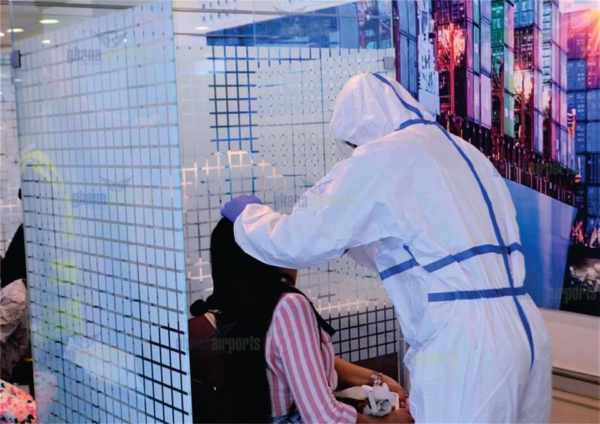 The Minority in Parliament has served notice that it will picket at the Kotoka International Airport (KIA) to protest fees charged travellers for Covid-19 testing.

They describe the fees as illegal, unconscionable, and extortionist.

Former President Mahama in a Facebook post recently asked government to stop the $50 compulsory PCR test for travellers who have been vaccinated.

Ranking Member on the Health Committee, Kwabena Mintah Akando, this week on the floor also joined calls for government to halt the testing.

North Tongu MP, Samuel Okudzeto Ablakwa explained that their decision to embark on a series of protests compelled the government to stop charging the fees.

According to him, Ghana is the only country in the sub-region still “extorting” money from travellers.

A situation, he insists should be halted as soon as possible.

“All efforts in Parliament; calls we have made, questions we have filed to get government to stop the fleecing going on it is clear to us that people have decided to profiteer from the pandemic.

“So this Akufo-Addo government has left us with no option than to now go frontal and picket to protest against this extortion which must not be allowed to continue,” he stated.