Minority ‘laughs’ off government’s promise to construct 6,000 kilometers of roads, 20 interchanges by 2024 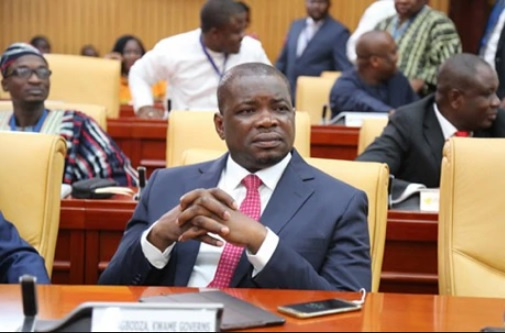 Minority in Parliament says government lacks the political will and the needed funds to complete more roads by the end of 2024.

Casting doubt of government’s commitment, they described as a ‘joke’ the promises made by government to construct an estimate of 6, 000 kilometers and 20 interchanges within Akufo-Addo’s second term in office.

Mr Amoako-Atta on Sunday told the media that 25 interchanges have been earmarked for construction across the country to ease the traffic situation.

He added that out of which 20 will be completed before end of President Akufo-Addo’s term.

But reacting to this at a press conference on Tuesday, the Minority spokesperson on Roads and Transport, Governs Kwame Agbodza questioned the source of funding of such projects after government failed to complete a single project under the Sinohydro roads projects and abandoned cocoa roads.

He also dared President Akufo-Addo and Vice President Dr Bawumia to show Ghanaians one interchange it has completed under their first term in office.

“The Minister talked about many things, but the entire budget for the Ministry is ¢2.4 billion, and just about ¢1 billion is what has been earmarked for capital investment. So how is the Minister supposed to pay for the billions of projects he is talking about out of 1 billion?” he quizzed.

The Adaklu MP added that the Minority in Parliament will resist any attempt by government to increase road tolls to further burden suffering commercial and private drivers.

He indicated that the Finance Minister, Ken Ofori-Atta should immediately decape the Roads Fund to enable the sector minister to raise the needed resources for road projects.

“We agree with government that we must get more resources to the road ministry to improve our roads. We will support government in that endeavour.

“But we shall not support government to increase road tolls, unless government is able to decap Road Fund and give all that money to the road Ministry then we can discuss the gap that will be left,” he stressed.

Mr Agbodza also served notice to fill a question form, to haul the Roads Minister to present finding from the audited cocoa roads.

DISCLAIMER: The Views, Comments, Opinions, Contributions and Statements made by Readers and Contributors on this platform do not necessarily represent the views or policy of Multimedia Group Limited.
Tags:
Governs Kwame Agbodza
interchanges
Minority in Parliament
President Akufo-Addo
Road Construction