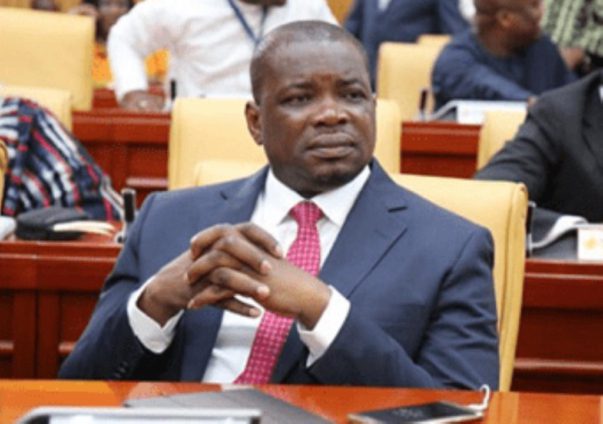 The Minority in Parliament has demanded that government must clear the air on claims that the Ghana Ports and Harbours Authority (GPHA) has spent $33.3 million on the Boankra Inland Port Project.

The $330 million project has been initiated to provide service to importers and exporters in the middle and northern parts of the country.

It is expected to be completed by the first quarter of 2024.

Government had already indicated that an amount of $33.3m had been paid to the concessionaire, Ashanti Ports Services Limited, a joint venture of Afum Quality Limited of Ghana and DSS Associates of Korea.

Speaking to journalists on Tuesday, Minority Spokesperson on Transport, Governs Kwame Agbodza demanded an explanation of the circumstances under which the funds were paid to the concessionaire.

“I call upon the Minister of Transport urgently to take advantage of the relevant standing orders in Parliament and appear before Parliament and respond to these through either a statement or appear before the Committee on Road and Transportation and bring documentation as to the things I have raised.

“How come GPHA is paying $33.3million? Are they shareholders? When did they acquire shares? What percentage of shares? Who authorized the shares to be bought? Is it Cabinet or the Board? Actually, we want to find out whether the Board is aware of all these things that are happening,” he stated.

The Minority also wants to know if the GPHA has acquired shares in the project which was expected to be wholly privately owned by the concessionaire.

“The $33.3 million that was paid, on what condition was it paid? Government cannot just take $33.3 million and give it to a private company that is building a port, because as of the time they came to Parliament, we did not know any entity as shareholders. The 100 percent shares belonged to Ashanti Port Services.”

“And if you pay $33.3 million, does it mean Government is buying a percentage share and if yes, where is the documentation showing that we owned a certain percentage upon which we are putting forward $33.3 million?” Governs Kwame Agbodza asked.

The project covers a total land area of 413 acres and will act as a major conduit for the efficient transportation of transit traffic to and from our neighbouring landlocked countries of Burkina Faso, Mali and Niger.

DISCLAIMER: The Views, Comments, Opinions, Contributions and Statements made by Readers and Contributors on this platform do not necessarily represent the views or policy of Multimedia Group Limited.
Tags:
Boankra Inland port project
Governs Kwame Agbodza
Minority in Parliament