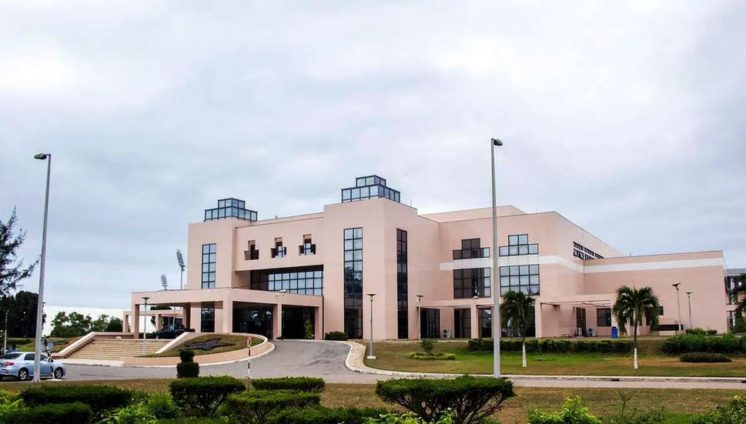 Minority in Parliament is raising some questions over the planned reconstruction of the Accra International Conference Centre (AICC).

The facility was built in 1991, to host the 10th Ministerial Conference of the Non-Aligned Movement.

It has since become the convergence point for many national and monumental events over the past 30 years.

However, engineers have deemed the facility unfit for purpose as structural defects have been uncovered during recent expert assessments.

On the back of this, funds were allocated as part of the Foreign Affairs Ministry’s approved ¢574.7 million 2022 Budget, to see to the reconstruction of the edifice to prevent any looming disaster.

Chairman of Parliament’s Committee on Foreign Affairs, Bryan Acheampong argued that the Ministry, per experts’ advice, had decided to reconstruct the AICC at the cost of €116,384,500 with a cedi equivalent of ¢814,691,500.

Meanwhile, though it agrees in principle to the move, the Minority insists that the details of the procurement processes leave much to be desired.

“What we are concerned about, Mr Speaker is the lack of transparency in how the plans are to reconstruct a new edifice,” he said on Friday.

Member of Parliament’s Committee on Foreign Affairs, Samuel Okudzeto Ablakwa said his attention has been drawn to an expenditure of ¢65.7 million made on page 273 of the Budget Statement and Economic Policy of the 2021 fiscal year.

He further explained that the committee had been told that the project would be executed under a Public-Private-Partnership agreement, a directive he says has now been repurposed under Non-Concessional Loan per their probe.

“A Non-Conscensional Loan cannot be a PPP agreement,” he insisted while wondering what occasioned that disparity.

Responding to this, Foreign Affairs Minister Ayorkor Botchwey says it is too early in the day to make such claims.

However, she assured the house all the procurement processes surrounding the arrangement has gone through the Public Procurement Authority and will be put before the House for further deliberation ahead of execution.

“I will like to assure this house that value for money audit will be done,” she told the House.

DISCLAIMER: The Views, Comments, Opinions, Contributions and Statements made by Readers and Contributors on this platform do not necessarily represent the views or policy of Multimedia Group Limited.
Tags:
Accra International Conference Centre
AICC
reconstruction