Minority to push for mass registration of Ghana cards as NIA officials appear before Parliament - MyJoyOnline.com 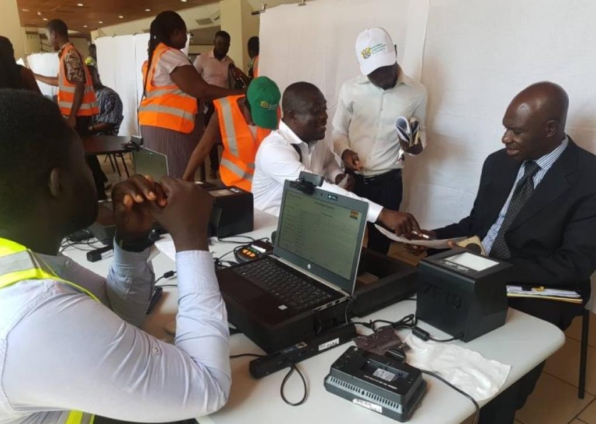 Deputy Ranking Member on the Communication Committee in Parliament, Sam George says the Minority will push for the Authority to return to the mass registration of Ghana cards since many Ghanaians are yet to be registered.

Officials of the National Identification Authority (NIA) will appear before Parliament on Wednesday, February 22, to answer questions regarding the ongoing registration for Ghana cards.

The Authority is also expected to table before the House the challenges facing the system which is delaying the registration exercise.

Sam George disclosed this to JoyNews in an interview with Kwesi Parker-Wilson during a visit to one of the registration centres at the Accra Sports Stadium.

Sam George added that his side will challenge the premium charge of GH₵250 by the NIA.

“Our laws say that public services must not be discriminatory and you are saying that if she doesn’t have 2.5million, she is not Ghanaian enough like somebody else. That is an injustice we must fight against. It is against the social justice phenomena of the NDC and we will fight against it,” he stated.

Meanwhile, the Authority has added five additional registration points to facilitate the ongoing registration which will end on March, 31.

A statement from the NIA noted that these points will operate alongside the 276 regional district offices and 16 regional offices.

The registration centres are expected to open from 8 am to 5 pm on weekdays.