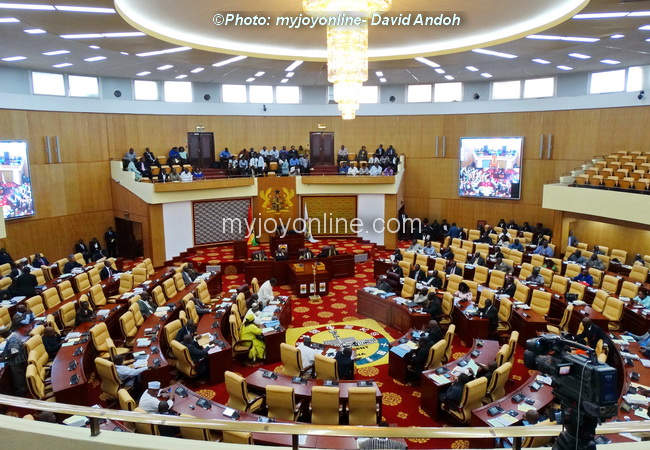 The Minority in Parliament is demanding the withdrawal of a new Electoral Commission Constitutional Instrument (CI) which does not contain penalties for erring presiding officers.

A member of the Subsidiary Legislation Committee of Parliament, Mr Osei Ameyaw said given the transpositional errors that dogged the 2012 election, any document that has no penalties for negligent presiding officers should be rejected.

He was commenting on the new Electoral Commission CI laid before Parliament Friday to regulate the upcoming elections in November.

The Instrument, has  far reaching implications on the 2016 elections which is just five months away and may fundamentally change elements in the previous instrument, CI 75,  used for the 2012 elections.

Whilst the CI 75 made explicit instructions for all voters to be verified before voting, which triggered the catch phrase 'no verification no vote,' the new document requires all party agents to agree before a voter, who could not be verified, would be allowed to vote.

The new Instrument also affords media personnel the opportunity to take part in early voting, something the CI-75 did not allow.

However the Instrument is silent on punishment that must be meted out to erring presiding officers whose commissions and omissions on voting day could change the outcome of the election.

This, the Minority in Parliament believes, is unacceptable.

According to  Mr Osei Ameyaw, when the draft CI was presented before the Subsidiary ;egislation Committee, members realised that it did not contain punitive measures against negligent and erring presiding officers and so they pointed that out to the Commission to include that before the document is laid before Parliament.

He was surprised the EC ignored the suggestion from the Committee members and went ahead to lay the document without any such provision.

Per Parliamentary conventions, Instruments that are laid must take mandatory 21 Days to mature into laws.

Mr Ameyaw cautioned the EC must withdraw the document now and provide for sanctions and relay it or risk having the document in its current form rejected after days or weeks of debate.

He said when the document is rejected, the 21-day maturity clause will begin afresh and that will not augur well for an Electoral Commission which is already racing against time to organise trouble-free elections.

However, the Deputy Majority Leader Alfred Agbesi in a response said neither he nor the Majority Leader is part of the Subsidiary committee and is therefore not privy to the discussions that went on in respect of the CI.

He said he was also not given any information by the Chair of that committee and therefore he did what he was mandated to do- lay the document before the House- and he has discharged his responsibility.