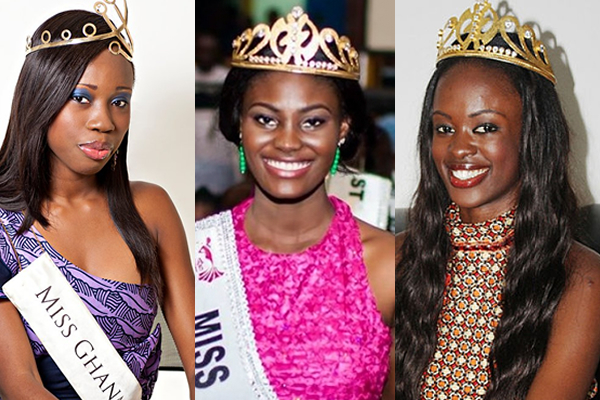 PRO of the Miss Ghana Beauty pageant, Arnold Asamoah-Baidoo has denied claims made by former contestants to suggest they signed contracts without any legal counsel.

Recently, Antoinette Delali Kemevor (Miss Ghana 2015), Stephanie Karikari (Miss Ghana 2010) and Giuseppina Baafi (Miss Ghana 2013) who are all former winners of the beauty pageant, revealed that they were made to sign contracts without legal representatives.

In a shocking tale of what transpires behind scenes, the three former queens, narrated how Inna Mariam Patty, organizer of the pageant, exploited, verbally and sometimes physically abused them.

There were accusations that contestants of the pageant are usually forced to sign contracts without the supervision of their layers, parents or families.

He stressed that the pageant even goes to the extent of involving parents of the contestants.

“As far as I’m concerned, that is not a fact. That is not true. They have representation. They have counsel. We even get their parents involved in dealings…" he said.

On the other hand, the PRO of the pageant noted that these allegations made against the Miss Ghana brand is very damaging and could go a long way to affect it seriously.

“…For the girls to make such allegations like this, potentially can affect the brand…,” he said.