MMDCEs Appointment: ‘I denounce any form of disturbance in my name’ – Adjei Sowah on youth protests 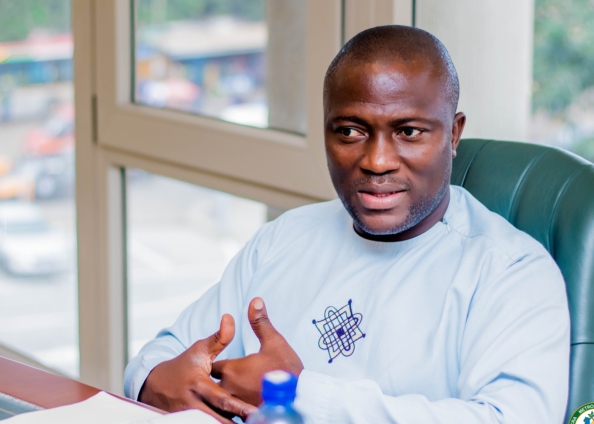 The Chief Executive of the Accra Metropolitan Assembly (AMA), Mohammed Nii Adjei Sowah, has distanced himself from the demonstrations happening in some parts of the city to protest the alleged selection of a new mayor.

In a press release, he stated that despite the agitations, he supports the President’s decision to choose any new candidate he deems fit for the position.

Mr Sowah added that he will continue to work towards the development of the country.

“As responsible citizens, we should recognize the President’s authority to nominate individuals of his choice to promote his agenda and it’s our duty to support the appointees to succeed,” he indicated in a press statement dated September 18.

His comment comes after the youth of Odododiodoo and Bukom took to the streets to protest the alleged removal of the current Mayor of Accra from office.

It follows reports that Mohammed Nii Adjei Sowah, will be replaced by Elizabeth Sackey, the former Deputy Minister of the Greater Accra Region in the soon to be announced MMDCEs list.

“As a group, our interest is not to question or rundown the competencies of the other aspirants in this contest but it is proper to know who and what they are bringing to the table. We are not looking forward to an armchair Mayor or one that will only be a puppet and to succumb to the whims and caprices of some selfish party elders within Greater Accra Region.”

“We want a leader who will be at the beck and call for all manner of persons irrespective of the party coloring,” part of a statement released by the Concerned Youth of Odododiodoo and sighted by JoyNews read.

However, Mr Sowah believes it is important for well-meaning Ghanaians and NPP faithfuls to support the President’s new MMDCE nominees.

DISCLAIMER: The Views, Comments, Opinions, Contributions and Statements made by Readers and Contributors on this platform do not necessarily represent the views or policy of Multimedia Group Limited.
Tags:
Accra mayor
Accra Metropolitan Assembly
AMA
Mohammed Nii Adjei Sowah
Odododiodoo