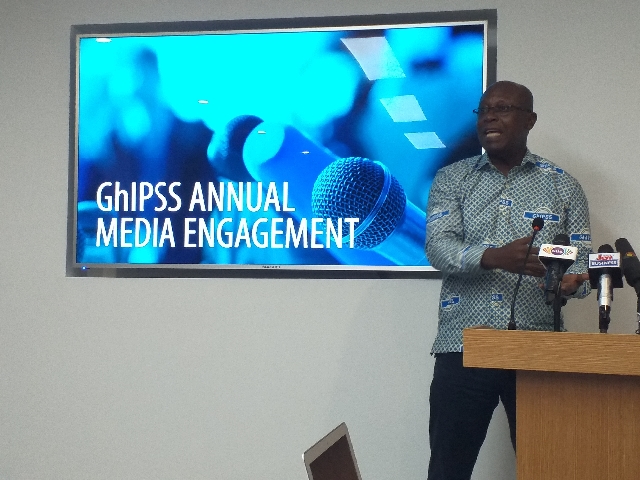 The Mobile Money Interoperability (MMI) platform recorded a whopping 317% growth in the volume of transaction and 267% growth value of transactions between 2018 and 2019.

This was contained in the 2019 summary report from Ghana Inter-Bank Payments and Settlements System (GhIPSS), custodians of the MMI platform.

Among these forms of transactions, the value of wallet-to-wallet topped with GHS618 million cash float from an equally huge 9.1 million wallet to wallet transactions.

Chief Executive of GhIPSS, Archie Hesse, lauded the mobile money market leader, MTN Mobile Finance for agreeing to open up its platform to interoperate with wallets on other networks to make mobile money interoperability possible.

“The market leader had every opportunity to keep an enclosed platform and still succeed on it’s own but they showed commitment to the growth of the entire industry by opening up and I think they deserve commendation,” he stated at a media encounter.

Wallet-to-wallet transfers were followed by wallet-to-bank transactions, which recorded GHS162.7million in value and 253,500 in volume; then for bank-to-wallet, as many as 1.5 million transactions. But in terms of value, it was only GHS552,500.

Transfers from e-zwich cards to mobile wallets also recorded an impressive GHS143.2 million in value, from some 326,000 transactions, while wallet to e-zwich saw GHS687,700 cash float from some 5,500 transactions.

Archie Hesse noted that because of the convenience of mobile money, a lot of e-zwich users saw it as an easy way to cash their money than to go to a bank or an ATM, so many people transferred money from their e-zwich cards into their mobile wallets for easy cash cashout.

Speaking of e-zwich, the report also showed an appreciable growth in volume and value of e-zwich transactions between 2018 and 2019.

The GhIPSS boss attributed the growth in e-zwich usage to its adoption by the government for social intervention programs like LEAP, National Service Scheme, NABCo and others.

“The value figures shows that government is really moving a lot of money indeed, because even though the volume of transaction is only 10.7 million, the value is as high as GHC6.3 billion,” he noted.

E-zwich also did well because it is an old product, he explained.

The other service on the GhIPSS platforms that recorded a massive growth was GhIPSS Instant Pay (GIP), which saw the highest growth rate of 1,224% in volume and an equally huge 547% increase in the value of transactions between 2018 and 2019.

Meanwhile, cheques usage for payment also saw a meager one per cent growth in volume, but a 10% drop in a value of transaction.

Archie Hesse said the figures show that corporate Ghana is still paying loads of money with cheques rather than using the electronic platform, but the trend is downward and it shows that after a while, GhIPSS would not have to spend money to improve its cheque clearinghouse technology.

The service that saw negative growth in both volume and value was the gh-link card, recording a 36% dip in the value of transactions and 47% deep is the number of usage.

But, according to the GhIPSS boss, they have a solution for gh-link uptake, which would ensure that all banks in Ghana would issue each customer with a gh-link card so that each account holder can access their cash at the ATM for far less than what people pay when they use international cards like Visa and MasterCard.

He said most of the banks are still working on the migration of their system to support the local cards and he is confident that by next year bank will be onboard and be issuing their respective uniquely designed gh-link cards to each customer.

“In our interaction with the banks they told us we did not have to mandate them to issue gh-link cards – they accepted to do it willingly because it is much cheaper for them and the customer so it makes business sense,” Archie Hesse noted.

Speaking of new introductions for this year, the GhIPSS boss said they are will introduce Proxy Pay, which allows organisations and individuals to pay money into others’ bank account by using the receiver’s phone number (for individuals) or name (for corporate) instead of a bank account.

They will also introduce the ACH Direct Credit Near Real-Time version, which would allow people to receive their money in real-time even when offices have closed. Such transfers would hit receiver’s account approximately 15 minutes earlier than the current time it takes for cash to hit receivers’ accounts, he said.

GhIPSS said they will also introduce the GHQR code to make tap and pay even smoother, even in USSD; and also bring on the hybrid Point of Sale (POS) system, which would enable Fintech partners to both debit and credit customers’ account as it may apply.

Archie Hesse is confident that both banks and Fintech companies will key in on the various platforms to keep driving the country’s cashless society agenda.